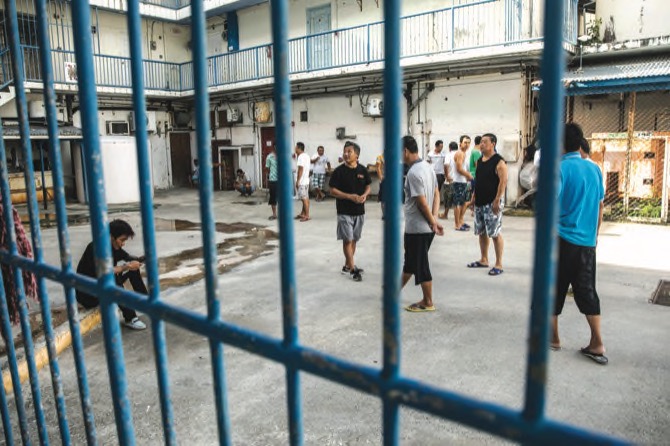 Chinese laborers gather in front of their living quarters before a protest in Saipan, last summer

The money is meant to cover back wages, civil monetary penalties and damages related to a string of labor violations committed by companies contracted by Imperial Pacific.

They reportedly did not comply with minimum wage and overtime rules, nor did they maintain adequate payroll records in accordance with law for a two-year period spanning 2016 and 2017, reports Calvin Ayre.

A consent judgment filed last week says Hong Kong- based Imperial Pacific will also deposit $100,000 in escrow for any future violations. The company will pay for an independent monitor to inspect worksite conditions and ensure wage law compliance.

Seven Chinese men allege in a lawsuit they were forced to work 12-hour days and live in dorms without showers.

Eugene Sullivan, an attorney for Imperial Pacific, declined to comment.

Last year, four China-based construction firms agreed to pay $14 million in back wages and damages to thousands of Chinese workers building the casino in Saipan, in the U.S. Commonwealth of the Northern Mariana Islands. DB/Agencies