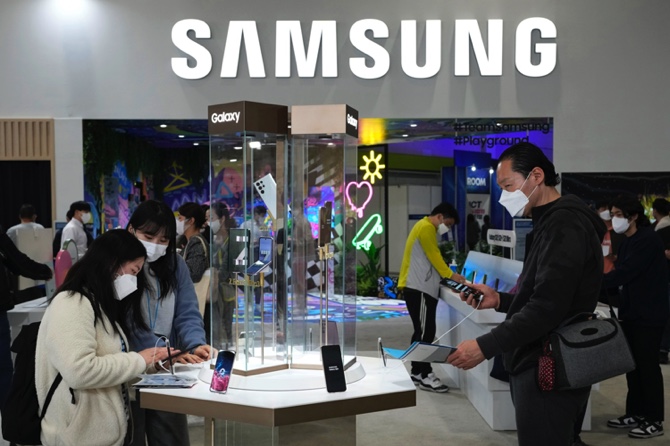 Samsung Electronics is shifting away from fossil fuels and aiming to entirely power its global operations with clean electricity by 2050, a challenging goal that experts say could be hampered by South Korea’s modest climate change commitments.

South Korea-based Samsung is a top producer of computer memory chips and smartphones and, by some estimates, the biggest energy consumer among hundreds of global companies that have joined the “RE100” campaign to get 100% of electricity from renewable sources like wind or solar power.

In announcing its target yesterday the company said it aims to achieve net zero carbon emissions across its mobile device, television and consumer electronics divisions by 2030, and across all global operations including semiconductors by 2050.

It plans to invest 7 trillion won ($5 billion) through 2030 on projects aimed at reducing emissions from process gases, controlling and recycling electronic waste, conserving water and minimizing pollutants. It plans to develop new technologies to reduce power consumption in consumer electronics devices and data centers, which would require more efficient memory chips. It also will set long-term goals to reduce emissions in supply chains and logistics.

“Samsung is responding to the threats of climate change with a comprehensive plan that includes reducing emissions, new sustainability practices and the development of innovative technologies and products that are better for our planet,” Jong-Hee Han, the company’s CEO, said in an emailed statement.

Samsung’s plan drew praise from some of its investors, including Dutch pension fund manager APG, which said the company could potentially make a “significant contribution” in cleaning up South Korea’s electricity market, considering its impact and influence on the national economy.

But APG also expressed concern that Samsung’s announcement comes at a time when South Korea has been dialing back on its climate change goals.

The conservative government of President Yoon Suk Yeol, who took office in May, has focused much of its energy policy on promoting nuclear-generated electricity. Desperate to boost a weak economy, Yoon’s government has also indicated reluctance to sharply reduce the country’s dependence on coal and gas, which generate about 65% of South Korea’s electricity.

South Korea got 7.5% of its electricity from renewable sources in 2021, significantly lower than the 30% average among rich nations making up the Organization for Economic Cooperation and Development. Yoon’s government recently adjusted the country’s renewable energy target to 21% of the total energy mix by 2030, softening the 30% target announced by his liberal predecessor, Moon Jae-in.

Samsung acknowledged it would have a harder time converting to renewable electricity sources at home than at its foreign operations, where it aims to get to 100% clean energy by 2027. It said renewable energy supplies in South Korea “have begun to expand but remain limited,” while its electricity needs continue to rise as it boosts production at its domestic semiconductor lines to meet global demands.

“As a long-term investor in Korea, we are concerned about how the government plans to reconcile the industry’s desperate need for clean electricity to stay relevant in the long run,” Yoo-Kyung Park, APG’s Asia Pacific head of responsible investment and governance, said in a statement.

Samsung, South Korea’s biggest company, had faced growing pressure to do more to reduce its carbon emissions as it lagged behind some of its peers in climate commitments. Those companies include Apple, a major buyer of Samsung’s chips, which joined RE100 in 2016 and plans to be carbon neutral across its entire business and manufacturing supply chains by 2030, putting the pressure on its suppliers to meet those requirements.

Samsung is the crown jewel of an export-reliant economy driven by manufacturing of semiconductors, cars, display panels, mobile phones and ships, industries that tend to have high energy consumption.

Samsung used 25.8 terawatt hours of electricity for its operations last year, which was nearly twice the amount consumed by all households in the South Korean capital of Seoul and more than other global technology giants like Google, Apple, Meta, Intel, and Taiwan Semiconductor Manufacturing Company.