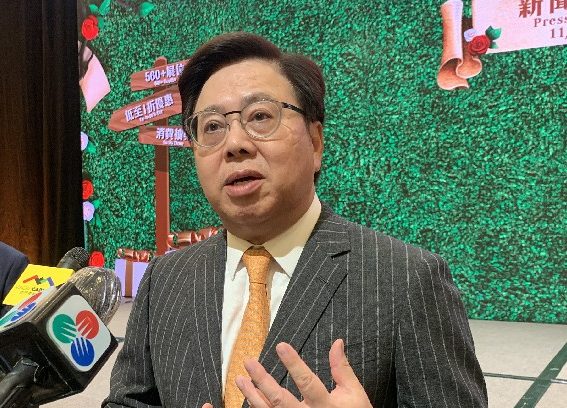 Sands China Limited (SCL) remains confident in the performance of its newest property and continues to bet on the premium mass market.
Based upon the gradual recovery of its business and also upon the recent May Golden week, Wilfred Wong, SCL president, said that the group is expecting “new heights” for the occupancy rates at its hotels in the city over the upcoming summer holiday.
Although the headcount is only a fraction of that of 2019, the gaming revenue this past holiday is much higher, the executive affirmed.
“So each player plays more [due to the] the limited number of [trips]. In the past you had a lot of tour groups. You had the headcount but you didn’t have the spending,” he told the press on the sidelines of the press conference of the operator’s upcoming shopping carnival.
“Basically everyone is looking at the premium mass and the mass market. I would say there is a very good recovery in the premium mass sector,” he added.
With a robust performance during the latest Golden Week, Wong said that the foot traffic to casinos, hotels and retails have been “terrific,” adding that the occupancy of The Londoner is among the highest of SCL’s properties.
“By summer, we would be installing many more attractions [at The Londoner] so people can take photos and engage in interactive moments. This is in the pipeline. We will install [them] probably in June and July,” the executive said.
Since the newest property is only opening in phases, Wong said that he expects to complete the whole construction of the property by “December to January.”
“The last to be completed will be the façade and the arena of about 6,000 seats. […] but the other facilities will be completed before that,” he added.

Londoner Court aimed to open in October
Wong announced that SCL’s The Londoner Court facility is slated to open “in phases” before the October Golden Week, adding that it is currently going through the government licensing process.
Londoner Court is a 370-suite hotel facility on the site of Londoner Macao.
The first phase was launched on February 8 before the Chinese New Year.
“What we want to do is to launch [Londoner Court] in phases: if the patrons are coming in large numbers, we could launch it faster; if not, we could launch it at a slower pace,” he added.