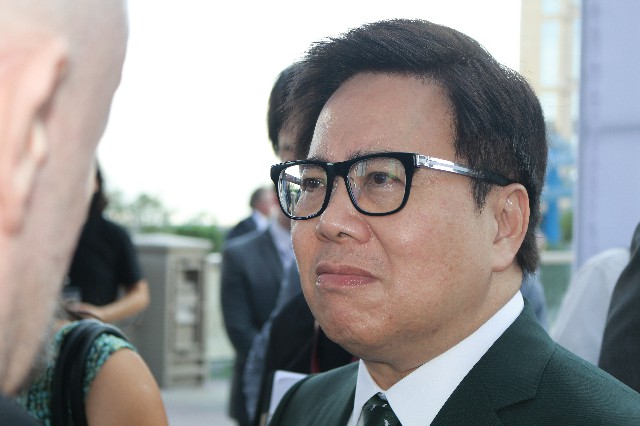 The gross gaming revenue (GGR) results for Sands China Ltd in the first half of the year were “satisfactory,” with the company looking forward to a more stable result in the coming quarters, despite the SAR’s economic recession.
Although the President and Chief Operating Officer of the gaming operator, Wilfred Wong, admitted that the company would not be exempt from the greater economic recession in general, the executive emphasized that it would benefit from the company’s “mature mass market.”
“We can see that the influence of the China-U.S. trade negotiations and the Hong Kong situation [have had a] certain impact on visitation,” said Wong on the sidelines of the Sands China Academy Graduation.
“But I think now, in our company structure, we have developed quite a mature mass market, whereas the VIP segment has always traditionally been a small factor in our business. So we look forward to a more stable result in the coming quarters.”
In April, brokerage Sanford C. Berstein predicted that Sands China would likely remain the largest gaming operator in the city’s mass-market segment and a non-gaming leader in the next five-plus years.
In the second quarter of this year, the casino operator’s total net revenues increased by 1.4% to $2.14 billion and the Adjusted Property EBITDA increased by 2% to $765 million, through its solid mass market performance.
Wong shared his belief that although the economic recession is set to continue, visitor arrivals will pick up in the upcoming months due to holidays and celebrations in the SAR.
The company’s stability is due to its “unique structure where it pays a lot of attention and emphasis on the development of the mass market.”
“Hopefully with that and with our unique mass market segment, we can pick up more business,” said the president.
On Tuesday, MGM China CEO Grant Bowie told the media that he was confident local companies are better prepared to face economic recession today than they were in 2014.
“This time we’re actually prepared and all the companies are in a better position to address those issues,” said Bowie, adding that he had no doubt that the SAR will “get through these challenges.”
Questioned as to whether he thinks that Macau is more resilient to economic recession compared to when the city’s GGR plunged back in 2014, Wong said yesterday, “I think the Macau tourism industry is more diversified now. […] In this way, this is a good situation to be in.”
“Whereas in 2014, the sudden spur was a result of the increase in the VIP activities. I think the way we are developing is towards a healthier structure for the gaming business.”