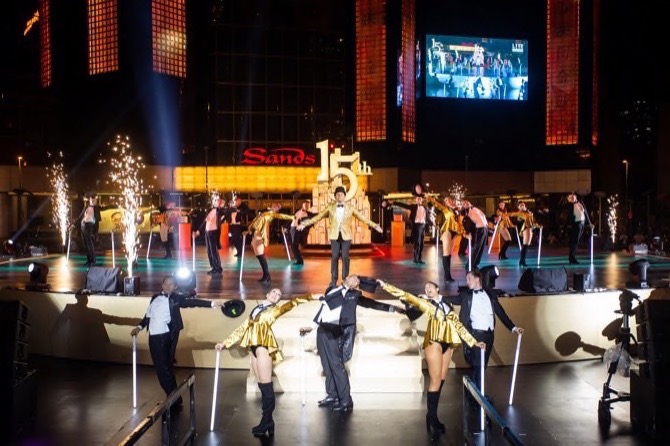 Sands Macao celebrated its 15th anniversary yesterday, presenting a series of performances and fireworks to commemorate the event.

Following its opening on May 18, 2004, the integrated resort became the first property of gaming operator Sands China Ltd.

According to the gaming operator’s data, over 1,600 people have been with the company over its entire 15 years of operation, representing over one- third of Sands Macao’s opening team. More than 8,300 team members are 10-year veterans of the company, 84% of whom are Macau locals.

The integrated resort is also commemorating its anniversary with internal celebrations with staff in honor of their contribution to the company.

“Two decades ago, the dream of our chairman [Sheldon Adelson] became a reality. Cotai is a term made popular by Mr Adelson. It defines the reclaimed areas between Coloane and Taipa – of which became the most populated resort for high class integrated resort hotels rivaling Las Vegas,” said Wilfred Wong, president of Sands China Ltd at the ceremony yesterday.

Wong pledged to remain committed to the firm’s strategy of providing a diversified mix of attractions and experiences for its guests.

After starting with about 4,600 team members in 2004, the company has grown to over 28,000 team members, with the opening of the other four integrated resorts including The Venetian Macao, The Plaza Macao, Sands Cotai Central and The Parisian Macau.

The company currently has a total of nearly 13,000 hotel rooms and suites combined and 150 dining options. 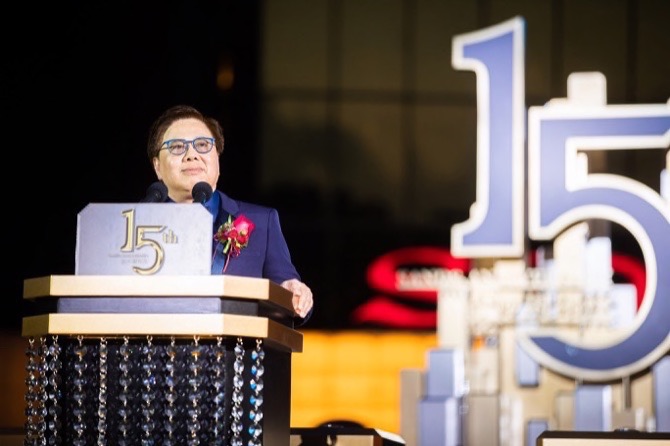 “The challenge of any integrated resort is the non-stop operation. Our success could not be [made possible] without the total dedication and professionalism exemplified by our team members – many of whom are locals,” said Wong.

Wong further noted that 90% of their managerial staff are Macau locals.

Last night’s commemoration was themed on “The Greatest Showman,” with an opening act by West End singer Daniel Koek.

Korean singers Kevin Woo and Jimin Park were also invited to perform a duet of the song “Rewrite the Stars.”

The 15th anniversary of the integrated resort was officiated by the acting Chief Executive, Lionel Leong; deputy director of the Liaison Office, Yao Jian; director of the Macao Government Tourism Office, Maria Helena de Senna Fernandes and the director of the Gaming Inspection and Coordination Bureau, Paulo Chan; amongst others.