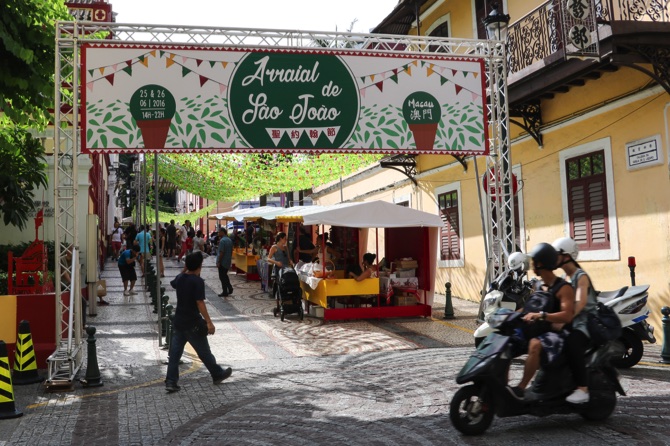 The 10th edition the São João [Saint John] Festival that took place over the weekend in the St Lazarus district, had more space, more diversity and more visitors when compared to those of previous years.
This trend was confirmed to the Times by one of the organizers, Maria Amélia António, the president of Casa de Portugal (House of Portugal).
“[The festival] started slowly on Saturday afternoon and grew over the evening. I can say there were more people this year, a lot more in fact,” she said, adding that the 10 new booths added to this year’s edition also contributed for an additional diversity and quantity of products available.
The organizer said the street party, which includes folklore music performances and stands that sell Portuguese products, is “on the right path” and has set goals to spread out along the adjacent streets. “To expand is always the goal but we can’t do it without new things, new people and new entities joining,” António remarked.
To get “more youngsters to join and to get involved leading them to understand that this party is for the whole city and everyone in it” is also one of the aims of the event, she said.
However, the law on noise control that establishes a closing time of 10 p.m. is creating obstacles.  Regarding the topic, Amélia António, recognized that “people are aware and were warned for that. We know it’s the way things work and we can’t change the law.”
Axel, a tourist from Germany visiting the event, told the Times: “I had no idea this was going on, I just bumped into it while visiting the area.”
“We had researched about the area and we were interested in the heritage and historical monument,” he mentioned.
Regarding the party he said it was “very interesting” and although he was not fully aware of the reasons behind it, he easily realized it had some “Portuguese related motivations” and his wife couldn’t resist buying some Portuguese delicacies in one of the food stalls.
Another visitor, Eva, is a mainland China resident currently working in the territory. Like Axel, she said she discovered the event “by chance while showing the city to a friend.”
Being at the event for the first time, her first thoughts were that it “is something special” and a “good idea,” adding that it “should happen more often.”
Donald and Kitty, a couple of Macau residents also at the event for the first time, admitted that they heard about it “through a friend’s social network post” on Saturday night and decided to go to it. They were hoping to find “good food and nice music,” they said to the Times.
As for the party, the lively ambience, the live music and the grilled sardines kept drawing fans around for a glass of beer or sangria.

One of the organizers of the street festival, Miguel de Senna Fernandes, the president of the Macanese Association (ADM) said the outcome of this year’s “São João” is “excellent,” adding, “although we were expecting more people to join the party this year, the participation exceeded our expectations.”
As for the aims of future editions, Fernandes has no doubts in saying that “to gather participants from the Chinese community is the goal,” adding that this year’s edition saw an effective effort undertaken to meet this goal.
The organizer admitted that the idea to move the festival to another location “was evaluated in the past,” but now concludes that the St Lazarus district is definitely the best place to hold the event because “there is no other place in the city with the same spirit.”
Pleased with the added space, the organizer said: “Now we have more space and we need to fill it with meaningful activities,” adding that now it is necessary to “sustain and branch off the festival into other streets.” In order to achieve that, he remarked, they will need “a lot of support from the Chinese community that so far has been only a visitor and a bystander.”
“We want them [the Chinese community] to fully come to the festival and effectively participate and ‘give color’ to the event,” he concluded. 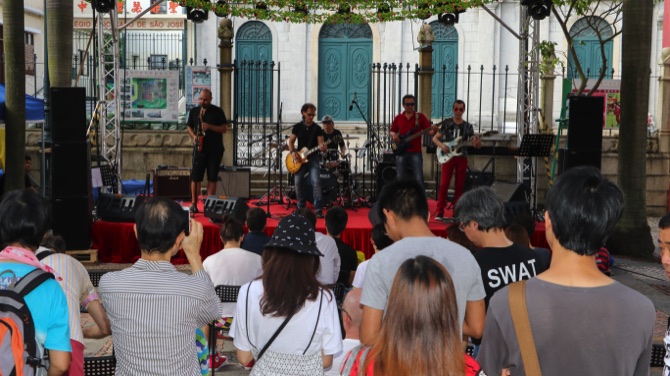