Secretary for Security confirms rumors to be punished by two laws 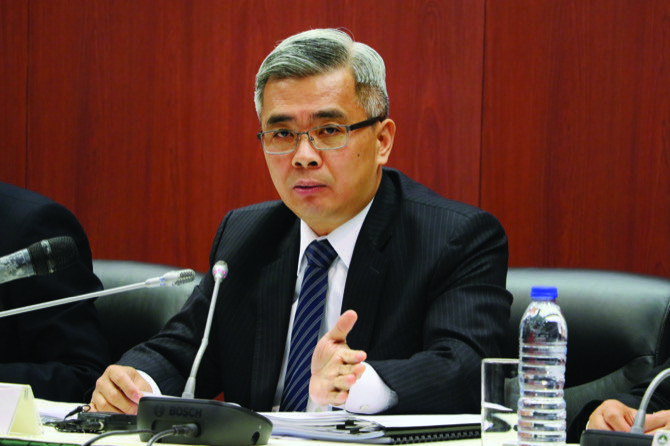 The Office of the Secretary for Security has clarified in a statement that the crime of spreading rumors that has alarmed the public in Article 31 of the Law on the Prevention and Control of Infectious Diseases is different from the one that is being drafted in the Civil Protection Law.

The office argued that although both acts could be a crime, the timing of the application of the two offenses and the degree of harm caused by the behaviors dealt with is different.

The “distribution of rumors causing panic” stipulated in Article 31 of the Law on the Prevention and Control of Infectious Diseases deals with outbreaks of epidemic diseases in Macau or the danger of outbreaks and epidemics, and the Civil Protection Law.

According to the statement, the situation outlined would be that Macau is in a “burst public incident” that causes heavy casualties, property damage, ecological damage or other serious social harm.

Although the “public emergencies” here also include “public health events”, the law refers to events that mainly include biological sources that cause serious impacts on public health and life safety, and are not limited to infectious diseases.

However, the “emergency public incidents” in the Civil Protection Law include natural disasters, accidents and social security incidents, which are not covered by the bill stipulated in the Prevention and Control of Infectious Diseases Law.

The office argued that the applicable background of “public security, order and peace” under “public emergencies” is much broader than “spreading rumors causing panic,” including causing more consequences and occurring in more serious emergencies than epidemic outbreaks.

It stated that the application of Article 25 of the Civil Protection Bill is stricter than Article 31 of the Law on the Prevention and Control of Infectious Diseases.

A maximum two-year imprisonment would be implemented as an offense for those who violate the controversial Civil Protection Law.

In relation to the two- year penalty, the office said that the sentence is relatively light compared to other countries and regions.

Most countries and regions that have established the crime of preventing and suppressing rumors have set the maximum penalty for such behavior to three years, including mainland China, Taiwan, South Korea and France .

In addition, paragraph 3 of the bill that is being drafted distinguishes between “fabrication and dissemination” and purely intentional “propagation”, and considers that the latter is subjectively less vicious, even if the perpetrator knows that they are transmitting false information which could cause public panic.

“However, the restrictions on the applicable conditions of the former are more stringent, and the situation is more critical,” said the office in a statement.

“The setting of the maximum penalty of two years does not mean that any act that constitutes the crime will be punished by two years, and the judicial officer will still make accurate judgments and reasonable discretion according to the actual case,” it added. LV