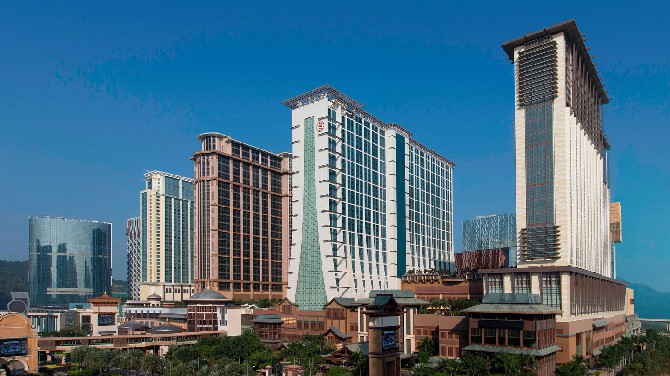 The Macao Government Tourism Office (MGTO) has recently announced that the Sheraton Macao Hotel will conclude its service as a quarantine hotel no later than August 14.
As a replacement, the Golden Crown China Hotel, adjacent to the Macau International Airport, has been nominated the replacement hotel as of August 1. The hotel has been used for a similar purpose during a previous influx of returnee residents.
As of the end of last month, the Sheraton and the Pousada Marina Infante hosted 943 people. Among them, there were 49 non-resident workers, 474 local residents and 420 visitors.
Betty Fok, head of the Department of Tourism Promotion at the MGTO, told a government press conference that the quarantine hotel replacement was initiated due to a forecast decrease in the number of individuals needing to undergo quarantine.
She explained that, given the forecast, using a smaller hotel is more cost-effective. Out of the 300 rooms at the Golden Crown China Hotel, the MGTO will rent 250 for quarantine purposes.
In light of a Hong Kong woman recently breaking out of her quarantine room in order to visit someone on another floor, Fok stressed that all quarantined individuals are notified of their rights and obligations before being assigned to a hotel room.
Fok added that, prior to releasing the rooms used at the Sheraton Hotel, holistic sanitization will be conducted under the supervision of Health Bureau staff, similar to on previous occasions and with other properties.
On the matter of students who are preparing to return to the overseas locations where they study, the government has previously hinted that it has no plans to resume a special transfer channel through Hong Kong.
On top of that, Fok disclosed that the MGTO is in communication with airlines and has become aware that students can transit through South Korea or Taiwan. Indeed, Taiwanese carrier EVA Air has added flights between Macau and London with a transit stop in Taipei to accommodate Macau students.
Also on Friday, the Public Security Police Force (PSP), which handles border control in Macau, said that it had recorded more than 210,000 daily border crossings on two days last week, with just 10,000 of them being visitors. The remainder were equally split between Macau residents and non-resident workers from the mainland.