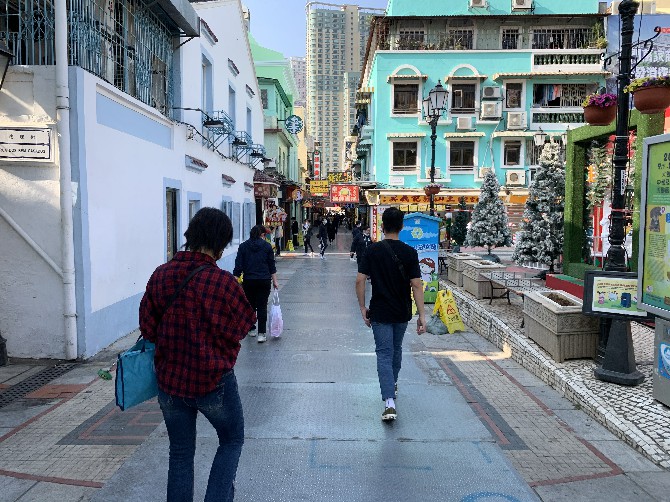 Some retailers on Taipa’s main district, Rua do Cunha, saw a 30% rise in business performance during the past long weekend, but restaurateurs reported otherwise, blaming the weather.
The past five days saw the coincidence of Easter and the Ching Ming Festival. According to the current Labour Relations Law, compensational holidays must be given should a mandatory holiday overlap with a regular holiday.
Although the long holiday led a number of local residents to travel in mainland China, many opted to stay in the city. For example, a long queue was seen at the supermarket in a department store in Central District on Monday late afternoon.
Local Chinese newspaper Macao Daily News reported that crowds were seen on Rua do Cunha around noontime on Monday. Queues were reported in front of snack shops and Chinese bakeries, too.
A shopkeeper of a Chinese bakery, surnamed Kou, told the Chinese media that she had seen a significant increase in the number of tourists during the long weekend. She disclosed that the shop took 30% more revenue compared with regular days.
Despite the fact, Kou said tourists were more prudent in their purchases. She added that the company hopes the performance this year can resume to three-quarters of pre-Covid time.
In addition, a restaurant staff member surnamed Chan said that the fluctuating weather conditions had hindered the public’s willingness to go out. For example, the first day of the holidays was sunny, so the restaurant saw 30% more business.
She added that most people tend to enjoy snacks, such as beef offal and ice cream during the day. AL