Showbiz | Could we BE any more excited? ‘Friends’ fans nuts for merch 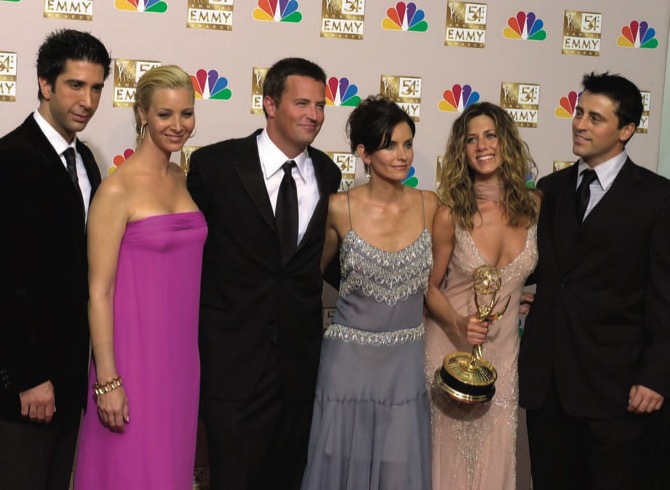 If you’re a “Friends” superfan, there are lots of ways to celebrate the show’s 25th anniversary in September.

“It transcends generations,” Maryellen Zarakas, a Warner Bros. senior vice president, said of the show that ended in 2004 after 10 seasons. “Everybody still goes through growing up into your 20s when you get your first job, your first heartbreak, your first time your friends really become your family.”

The studio has partnered with a range of companies to celebrate the quarter-century mark. Here’s a look at some of the fun:

Fans broke Fathom Events’ website, for about 15 minutes anyway, when tickets went on sale for three days of movie house screenings of popular episodes. A dozen episodes are hitting movie theaters Sept. 23, 28 and Oct. 2. Each night includes four “Friends” episodes that have been newly remastered in 4K from the original 35mm camera negatives. There will also be never-before-seen extras.

“It’s those really iconic moments that people want to see over and over again,” Zarakas said. “That’s how the Fathom Event came about.”

Tom Lucas, a Fathom vice president, said the idea was to “allow a group of friends, for lack of a better word, go together and enjoy it on the big screen.”

Fathom has more than 1,400 theaters on board. That amounts to well over 200,000 seats available each night, making it the largest Fathom Event ever, Lucas said.

Is your brick building stuck in second gear? Maybe a Central Perk set will help. It goes on sale Sept. 1 for $59.99 at Lego stores and on Lego.com.

The collectible set recreates the gang’s coffee shop and comes with figures of the six buddies, plus Gunther. There’s a seating area, including — YES — the couch, an armchair and two other chairs.

Builders can construct the stage where Phoebe performed with her guitar. There’s a brick-built coffee machine, walls, a window with the Central Perk logo, TV studio light rigs, coffee mugs and the familiar low coffee table.

Lego designer Aymeric Fievet submitted the concept through the Lego Ideas platform, a way for brick fans to weigh in on new projects.

“It’s the fans who really wanted to do a ‘Friends’ set,” Zarakas said. “When we heard about that we were, of course, all in.”

In New York, tickets sold out in two hours for “The One with the Pop-Up” immersive experience in Manhattan. The monthlong pop-up opens Sept. 7 and runs through Oct. 6. It includes Central Perk, props for photos, and some of the iconic looks for Ross, Rachel, Joey, Monica, Chandler and Phoebe.

“It’s for the ultimate ‘Friends’ fan,” Zarakas said. “You can peek through Rachel and Monica’s very famous purple door. You can relax on Chandler and Joey’s recliner.”

Lines have been around the corner for the Central Perk pop-up in Santa Monica, California. The Coffee Bean & Tea Leaf created a ‘gram-worthy “Friends” experience, orange couch included. There’s memorabilia from the sitcom and specialty drinks named for its cast: The Rachel Matcha Latte, The Joey Mango Cold Brew Tea and The Phoebe Cookies & Cream Ice Blend among them.

The Coffee Bean did the same pop-up in West Hollywood. Both end Friday. 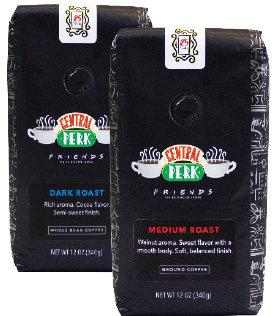 The moments, the one-liners, the memories. You can have them all in accessories from the eco-conscious Alex and Ani. The brand has created a seven-piece “Friends” capsule line of mostly charm bracelets to mark the anniversary.

Choose from a “pivot, pivot, pivot” theme, one with a lobster and “you’re my lobster” charms or Joey’s “how you doin?” line, among others. The Central Perk logo, the famous picture frame and the “Friends” logo bar are also available. Prices range from $39 to $49 on Alexandani.com.

“This married really nicely with the show,” Zarakas said. “It’s a wink and a nod.”

Could we BE any more excited?

Pottery Barn takes a turn at “Friends’” merch with everything from mugs to tea towels and a reissue of the famous apothecary coffee table that Rachel tried to pass off as flea market to roommate Phoebe, who was not a Pottery Barn fan.

Pottery Barn even threw in wall art memorializing the show’s theme song and a doormat with the series’ logo.

Shop online at PotteryBarn.com but beware, some items have already sold out.