SJM’s ‘ART • Appreciation • Legacy’ acknowledges cultures of both East and West and plays host to seven multitudinous exhibitions at Grand Lisboa, Lisboa, Oceanus at Jai Alai, Ponte 16 Resort and Regency Art Hotel. Ms. Daisy Ho, Chairman of the Board of Directors of SJM, said, “Diverse cultures from both East and West have long integrated and coexisted in Macau, which in turns creates a climate of harmony, tolerance and appreciation. SJM, with its roots in Macau, pledges support for Macau in leveraging this distinctive characteristic through sponsorships for arts and culture activities and by nurturing young generations for the benefit of cultural inheritance.”

The Three Gorges of the Yangtze River, Wu Guanzhong

Coin du Jardin, a painting by the world-famous post-impressionist French artist Paul Gauguin, is on public display at Grand Lisboa, Macau for the first time in Asia. Created in 1885 at a pivotal moment in Gauguin’s art career, the painting marks the end of a long period of working towards becoming a professional artist rather than an amateur and a businessman, and the beginning of a quest to explore new places and subjects. 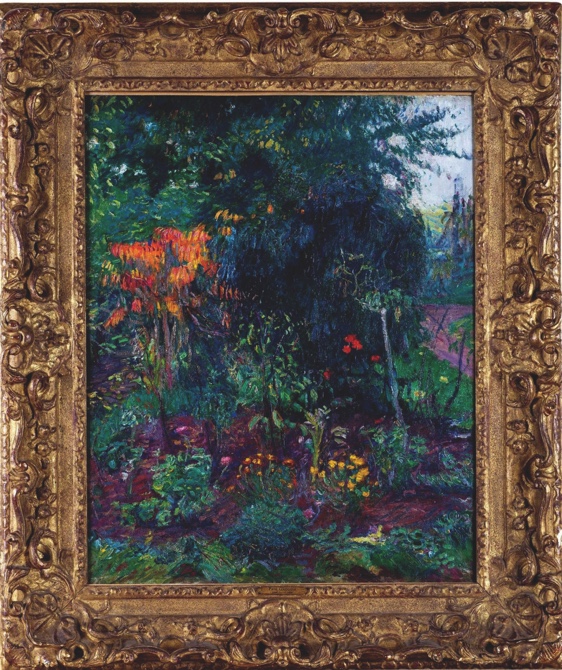 In commemoration of Wu Guanzhong’s centennial birthday, a total of nine paintings are featured in the exhibition: A Pair of Swallows, Flower Basket after Song Masters, Hibiscuses, Lion Grove Garden, The Three Gorges of the Yangtze River, Sunrise in Mount Huang, Mount Yulong, Spring Shoots among Bamboos, and Lotus, with A Pair of Swal-lows exhibited at the hotel lobby and the other eight paintings in the Peach Blossom Room on the seventh floor of Grand Lisboa.

Visions of Chinese Tradition assembles the captivating creations of six acclaimed Chinese lacquer artists. Chinese lacquer painting is derived from the longstanding lacquer art, and Jiangxi has been a major lacquer art town in China since ancient times. Its lacquer paintings are one of the representatives of modern lacquer art, distinguished by its use of traditional techniques to present innovative and expressive ideas and winning acclaim for its varied styles and vivid colors.  Participating artists include Huang Gui-wen, Zeng Jun-yi, Gong Guo-ping, Wang Xi-mei, Xiong Jian-xin and Liu Kuan.

Another exhibition – Art in Motion: Video Art from Portugal – displays videos of contemporary Portuguese artists to the public.  This show is the result of a selection of 17 pieces, produced by renowned Portuguese artists with different backgrounds, paths and postures.  They have adopted video as the chosen means of expression.