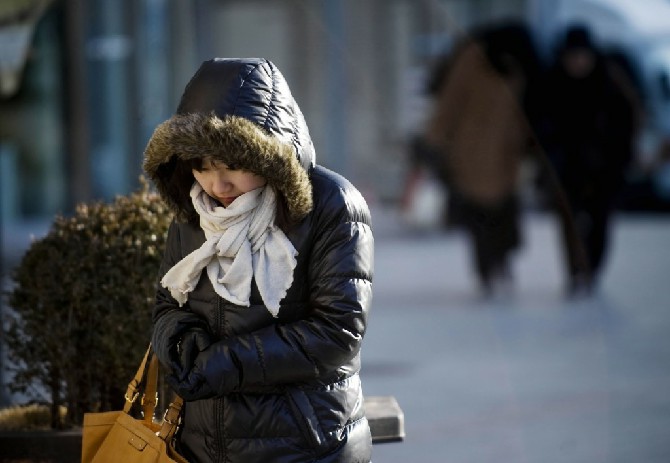 The Macau public have braced themselves for the past few days of cold weather, with the Meteorological and Geophysical Bureau (SMG) issuing an Orange Cold Weather Alert and warning the public to take precautions against the cold weather.
The SMG has forecast today’s weather to range from 6 to 14 degrees Celsius, in a similar range as tomorrow’s forecast of 8 to 16 degrees Celsius. The bureau has also warned that light flooding may occur in the Inner Harbour area today from 7 p.m. to 10 p.m. due to astronomical tides.
Yesterday, unverified weather information was circulated on social media, with netizens expressing worries over the upcoming cold season.
The post stated that, according to the metereological bureau in Guangdong Province, the region (including Hong Kong) will experience the coldest Lunar New Year. It estimated that the coldest temperature will be minus 2 degrees Celsius, on January 24.
However, a Hong Kong verification platform on social media has dismissed the weather report as fake, noting that not even the Hong Kong Observatory has issued such a prediction.
A similar information statement predicting the weather forecast for the January 23 to February 17 period was widely circulated in 2017; however, the Hong Kong weather bureau was cited as the authority rather than the weather bureau in Guangdong.
The SMG had not issued clarification on the matter by press time.
Nonetheless, the local weather bureau has advised the public to be cautious of the cold weather, which can trigger hypothermia.
Over the weekend, Hong Kong recorded at least 11 deaths under the cold weather warning as the city suffered the impact of a winter monsoon near the coast of Guangdong.