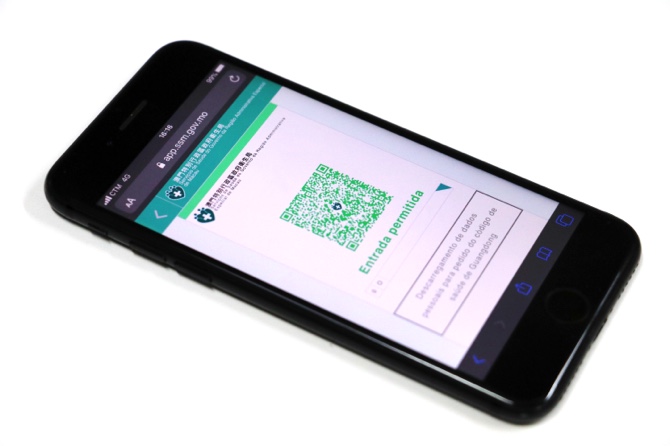 A social media user even posted a complaint on the Novel Coronavirus Response and Coordination Center’s page about children and the elderly relying on adults on “technological progress” in the health code system.

The comment came after a new vaccination indication system was announced.

Other social media users questioned the benefit of vaccines, pointing out that masks and quarantine are still needed after full vaccination. “Even if I am fully vaccinated, after visiting certain areas I am still quarantined: what’s the point of all this?” one user wrote.

Another user was horrified that non-resident workers living in Zhuhai can still cross the Macau border freely. By contrast, another user interpreted the new indicator system as segregation, categorizing people as top-tier, mid-tier and low-tier.

It is worth noting that the social media page of the Novel Coronavirus Response and Coordination Center still does not have an English or Portuguese title that is searchable for non-Chinese users.

The government is further segregating the vaccinated population by displaying how many doses of the vaccine each individual has received on the health code.

The new indicator system is based on the previous health code system. The only change is that the government is now using three colors to record how many doses the user has received.

The government defended the need for the tricolor indication, saying that it adds clarity. It also hints at the possible introduction of a vaccine bubble policy in the near future, which would require people to be vaccinated in order to enter certain venues. These venues, according to a previous announcement from the government, will include restaurants.