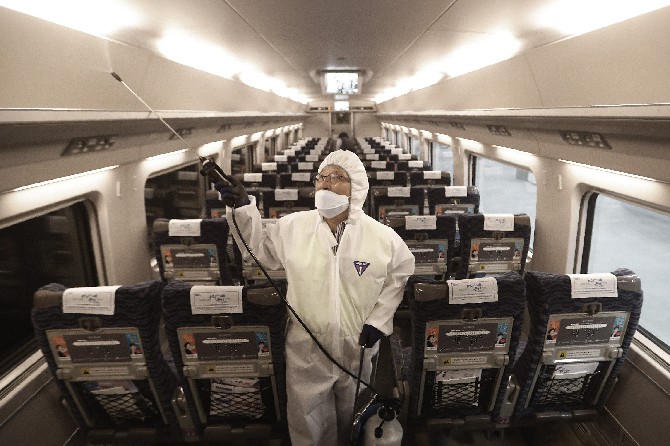 Following South Korea’s confirmation of two novel coronavirus infections of individuals who flew in from Macau, the country has decided to require passengers arriving from China’s two Special Administrative Regions to undergo stricter health screenings, according to a report by The Korea Times.
The new measure is set to take effect from today, according to the same report. People entering the Northeast Asian country from Macau or Hong Kong, along with Mainland China, are now required to make a health declaration and have their body temperature scanned. It is also applicable to passengers making a transit at either SAR.
A 51-year-old Korean man and a 37-year-old mainland woman, both of whom have lived in Hubei for some time, were confirmed as being infected in Korea. They made a transit through Macau, taking Air Macau flight 826 to Seoul, the capital of Korea.
Previously, only people arriving from mainland China and Chinese passport holders were required to fill out a health declaration. The form asked if they were experiencing respiratory problems or fever.
The South Korean border control has even set up “China-only” arrival counters at airports to screen passengers for coronavirus symptoms.
South Korea is not the only country imposing this measure on arrivals from China. On February 2, the Japanese authority implemented a measure which is still in effect. All passengers arriving at the Narita Airport, serving the country’s capital of Tokyo, from the People’s Republic of China and its two SARs are required to take a designated passage route through immigration which is equipped with body temperature screening facilities.
Earlier, Taiwan banned entry from Macau and Hong Kong. With exceptions made for three categories of people, nobody from the two SARs, including students studying in Taiwan, is allowed to enter the island.
According to a report by Marianas Variety, a Macau SAR passport holder was expelled from the Pacific island of Saipan due to her previous travel in mainland China.
The woman was held in the Saipan Airport because her travel record showed that she had travelled to Mainland China in the previous 14 days. She flew from China to South Korea and then to Saipan.
Marianas Variety said it learned from an anonymous source that the Saipan authority criticized the South Korean immigration authority for not having screened the woman properly. According to the report, her expulsion sent her back to Korea, but her current whereabouts is unclear. AL