SPA |A world of luxury 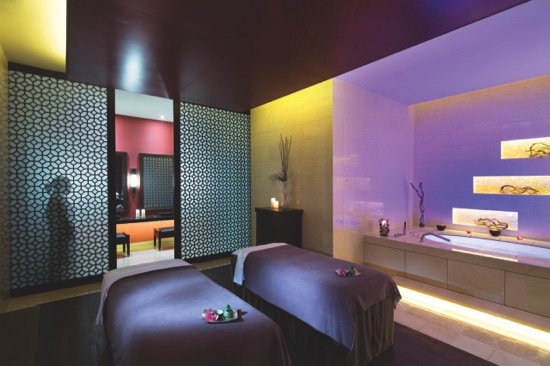 Conrad Macao, Cotai Central’s award-winning Bodhi Spa has been awarded:  Best Luxury Emerging Spa in Asia and Best Luxury Day Spa in Asia at the prestigious 2015 World Luxury Spa Awards for the third year in a row.
The World Luxury Spa Awards are held annually and give recognition to luxury spas around the world for their innovation, quality and service. Voting is based on service excellence and spa guests are encouraged to vote for their favorite spas around the world.
The organizers’ goal is to identify the very best spas on the global front, commending and recognizing outstanding achievements in service excellence. It rewards those spas that have raised the bar within the highly competitive spa industry over the past year.
Bodhi Spa’s treatments embrace ancient Aboriginal and Asian techniques. It is the only spa in Macao that offers signature Ayurveda treatments.