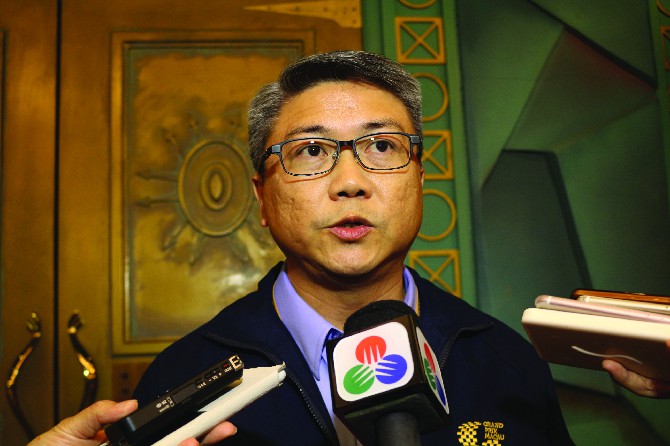 The president of the Sports Bureau (ID), Pun Weng Kun, and the director of the Health Bureau (SSM), Lei Chin Ion, have been reappointed to their posts, according to Executive Orders from the Chief Executive published yesterday in the government’s Official Gazette.
Pun’s appointment at the helm of local sports has been extended for another two years, while Lei will lead the SSM for another year.
Pun has been leading the ID since 2016, after a government reorganization transferred former president of the ID, José Tavares, to the task of leading the then Civic and Municipal Affairs Bureau (now known as the Municipal Affairs Bureau).
Lei has been a long-
term leader at the SSM and has served as director of the bureau for the past 12 years, since he was first appointed in 2008 by Chief Executive Edmund Ho. RM