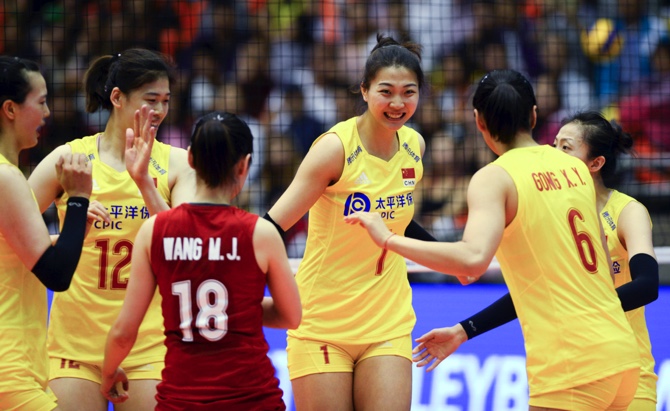 Preparations for the Macau round of the FIVB Women’s Volleyball Nations League, scheduled for early June this year are ongoing and in line with the initial schedule, the Sports Bureau (ID) said in a statement to the Times.

“The preparatory work of the FIVB Women’s Volleyball Nations League – Macao 2020, which is due to be held from June 2 to 4, 2020, is ongoing according to schedule. The Sports Bureau will continue to maintain its close communication with the FIVB in every aspect of the event,” the ID said.

Although preparations are being undertaken according to the plans, the international volleyball federation (Fédération Internationale de Volleyball or FIVB), the main organizer of the worldwide event, has not ruled out the possibility of making changes to the calendar due to the outbreak of Covid-19.

In a statement to the Times, the organization said, “The FIVB is monitoring the outbreak of coronavirus very closely on an hour-by-hour basis. This is a very fast-moving, global issue and we are in regular consultation with national as well as global authorities, including the International Olympic Committee and the World Health Organization, to determine any potential impact on upcoming FIVB events.”

“Should any changes need to be made to our competition calendar we will alert all FIVB stakeholders at the earliest opportunity,” the statement added.

In the same statement, the international governing body noted that it is willing to enact changes to the calendar if needed, in circumstances where hosting the events would put “the health and well-being of all athletes, officials, and fans” at risk.

The FIVB Women’s Volleyball Nations League, known to be one of the major international sports events being held in Macau annually, is scheduled to be held from June 2 to 4, when the Pool 11 matches are to be played.

The three-day event this year counts the participation of teams from China, Brazil, Serbia, and Belgium.

The competition is scheduled to start on May 19 with the Pool 4 matches hosted by China. It includes the participation of the teams representing Japan, South Korea, and Thailand. The mainland city which will host this first round has yet to be announced.

In total, the schedule of the competition comprises five rounds to be hosted in China, with the third and fourth to take place in Macau and Hong Kong respectively.

The outbreak of the Covid-19 has led to the cancellation and postponement of several major international sports events, including the Chinese Formula One Grand Prix, the Indian Wells tennis tournament, and the MotoGP event in Thailand.

Other events have been authorized to be held but with restrictions, such as the barring of spectators. These circumstances are in place for several football matches as well as the Bahrain Formula One Grand Prix.

Locally, the ID announced only the cancellation of this year’s martial arts event – the Wushu Masters Challenge. Formerly it was planned to move the event this year to May, a change from earlier years when it was held in July and August.

As for the Macao International Dragon Boat Races, scheduled for June 21, 22 and 25, the ID added that the preparation of the event is also being undertaken according to the original plan.