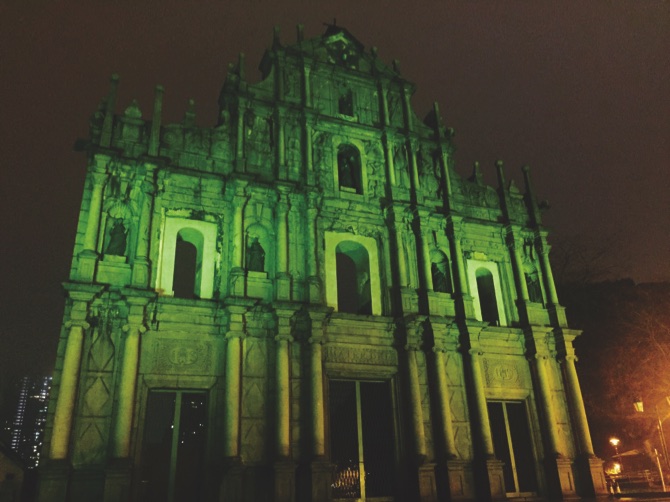 The Macau St. Patrick’s Day Parade was held on Saturday for the second consecutive year in the territory, following a collaborative effort between the Hong Kong and Macau Irish Festival and the Irish Consulate General for the two SARs.

The parade marked the culmination of a variety of events held in the city over the last month to celebrate the Irish national holiday and to promote awareness of Irish culture in Macau and Hong Kong. It was held on Avenida da Praia, near the Taipa Houses-Museum.

On Friday evening, the iconic ruins of St. Paul’s were once again “greened” as part of the Global Greening for St Patrick’s Day, which this year involved 267 sites in 44 countries, according to organizers. Among these sites was a segment of the Great Wall of China. 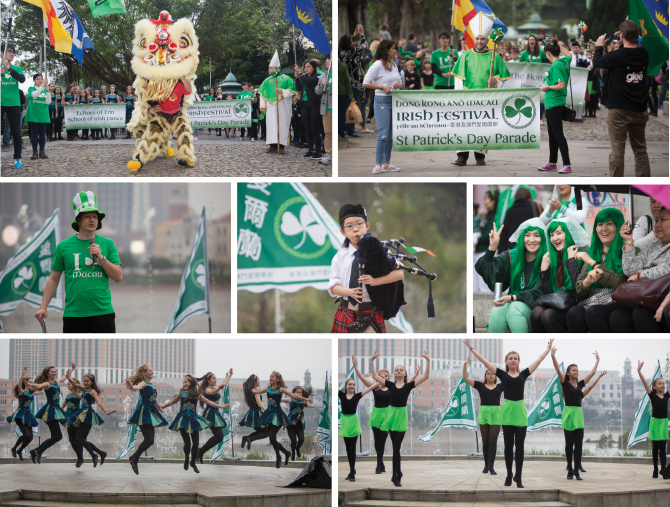 A treasure hunt activity across Taipa village was held on Friday morning involving the participation of more than 80 children from local schools.

Moreover, the weekend activities were accompanied by a variety of events held across Macau with Irish musicians and dancers, including at Duffy’s Irish Pub, The Roadhouse, Prem1er and the Irish Pub.

“We have been working with the Irish Festival Organizers to showcase the very best of Irish crafts, design and animation in Macau,” said Consul General Peter Ryan, according to a statement from the organizers.

“The highlight of the Festival will be the Parade and we are very excited about the event which will showcase the very best of Irish music and dance as well as local musicians and dancers – the perfect blend of East and West, reflecting Macau,” the Consul General informed prior to Saturday’s parade.