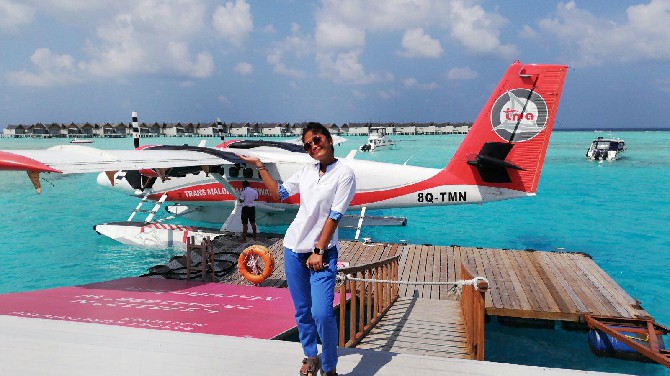 One of the consequences of the many travel restrictions imposed by countries and regions all around the world is the high number of people left stranded, struggling to get home safely.
When Tatiana Olfindo left her home in Macau to embark on a journey to gain the professional experience needed for her studies in hotel management, she did not realize that her journey would soon become an unforgettable experience of self-learning and self-growth .
As Macau residents continue returning home from all corners of the globe, the Times is digging into their remarkable quarantine tales. This is Olfindo’s story. 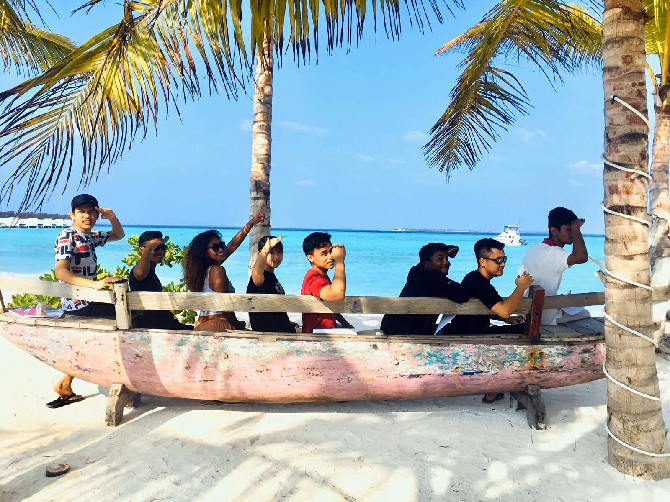 Plans canceled on account of Covid-19
On January 5, 2020, Olfindo, a hotel management student at the Macao Institute for Tourism Studies (IFTM), left Macau to start a six-month internship in both the front office and food and beverage departments at the Mövenpick Resort Kuredhivaru Maldives.
This place was considered by many (including Olfindo) to be a “paradise.” The conditions offered for her internship seemed to match her perfectly and would increase her experience in the hospitality industry.
As she told the Times, the initial plan was to undergo training for three months with the front desk department and then another three months in F&B. Olfindo was supposed to start in April, but on March 23 she was informed by management that the resort would have to close due to the Covid-19 situation in Malé, the capital of the Maldives.
“I was told that the company would have to let me go and they had to cancel my internship because the resort would have to close down since Covid-19 was affecting the whole industry in the Maldives, with a lot of resorts closing down.”
“They told me as soon as flights would start to operate they would just send me home,” Olfindo explained. “Unfortunately, due to the situation in Malé, they had about 1,000 cases or more by April. That is why everything was canceled and there were no flights, so I had to stay in the Maldives for three more months.” 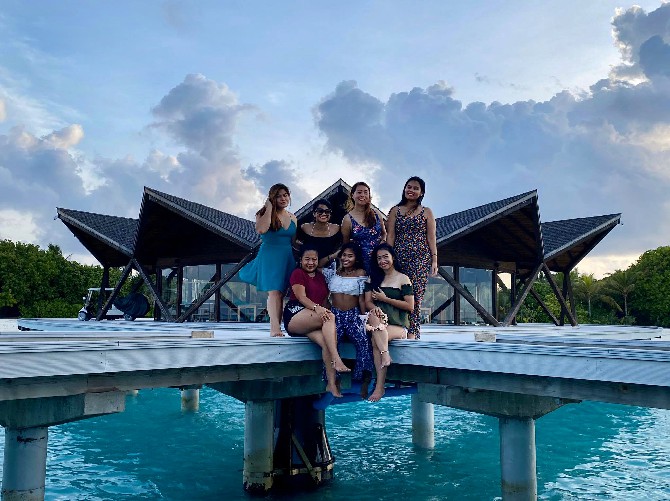 Stranded in a lonely paradise
During the three-month period, both Olfindo and her mother tried to contact agencies, airlines and the Macau authorities to find a way to bring her home, but they were unsuccessful.
The worst part was when the people she had been sharing her “adventure” with started to leave.
“When the repatriation flights and other flights started to operate and take people to their homes I was so heartbroken, because most of them were like my big brothers and sisters, and they took care of me while we were all stranded there,” she said.
“The longer the situation went on, the more people were able to go home through repatriation flights organized by their governments. However, for me, I didn’t know if there were any Macau people stuck in the Maldives like me and that made me feel lonelier as time passed.”
“Me and my mum were trying to get hold of any flight, any way to get home, as my local Maldivian friends were leaving to return to their home islands. Everyone else [that could] was leaving so I started to feel lonely,” she said.
“It was really a crazy experience. I really broke down so many times when people were leaving or when my family was calling to check on how I was. I tried to tell them I was OK and tried to be positive but there were times when I just couldn’t hold it in.” 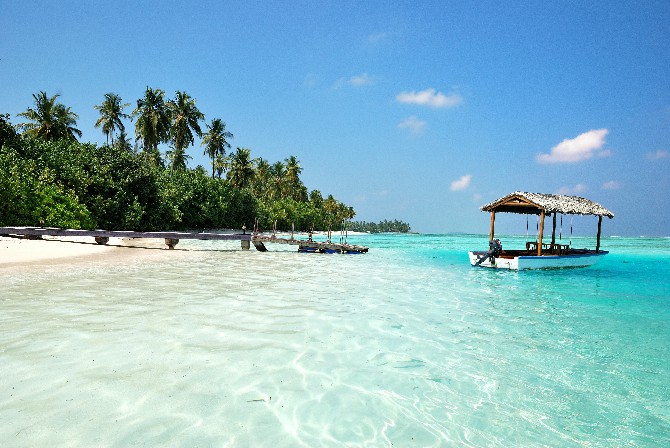 Repatriation for one
To pass the time, which was now going by slowly in contrast to when her hotel work had been busy and demanding, Olfindo went swimming.
“I was enjoying the clear sea and the white sands that we don’t have here in Macau. Just trying to find ways to enjoy nature over there and enjoy the three months of a free vacation in the best possible way,” she said.
Olfindo noted that the resort handled staff and intern accommodation and food the entire time. These were always provided free of charge until they found finally a flight out of the island.
Finally, an opportunity presented itself to Olfindo few weeks later when she was about to lose any hope of being able to return to Macau by July.
“I reached a point where I couldn’t take it anymore and I told my mum to contact any agencies that could provide help. We reached out to the Macau government through the tourism office, and even my school [IFTM], but they could not help in any way,” she said. “But my mum finally managed to find a way for me to return home via an agency that had a connection with Cathay Pacific.”
Still, Olfindo said it took them three weeks to manage to find a flight. She was able to depart on July 8 and made stops in Colombo, Sri Lanka and Tokyo before finally arriving in Hong Kong. From there, she took the special ferry service from the airport to Macau.
As she explained, the procedures had to be done from the final destination backward.
“First I had to book and confirm with Macau authorities the ferry to Macau. Then with that confirmation, the agency managed to pass it to Cathay Pacific so they could book the flight with the Sri Lankan airline from Malé to Colombo and then Colombo to Japan. From Narita to Hong Kong, I took Cathay Pacific,” Olfindo explained.
“It was a very long journey that started at 1 a.m. on July 8, when I left my island resort. I got to Macau at 1 a.m. on July 10. Then I had to wait for the results of the [Covid-19] swab test, which took about 3 hours. I got to my designated quarantine hotel, the Sheraton [Grand Macao] Hotel, after 4 a.m.,” said Olfindo, who is still in quarantine in Macau.
Her journey took over 48 hours and she was the only passenger on the airplane from Malé to Colombo.