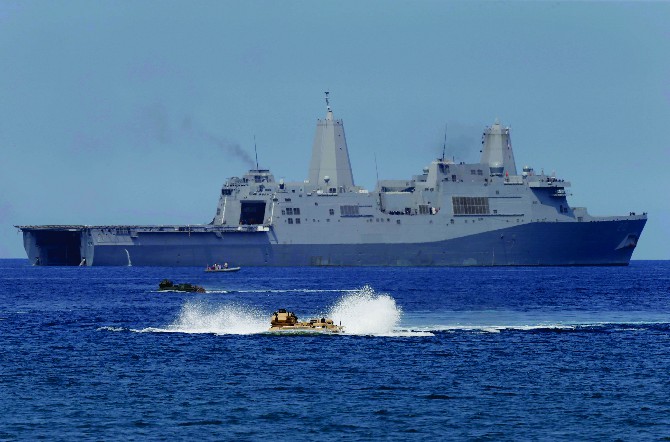 The Philippines and China held talks on the South China Sea through a bilateral online forum set up by both nations to promote dialogue and cooperation over the disputed waters.
“The two sides had friendly and candid exchanges on the general situation and specific issues of concern in the South China Sea,” according to a statement released by the Philippines Foreign Affairs Department on Saturday. “There was mutual recognition of the importance of dialogue in easing tensions and understanding each country’s position and intentions in the area.”
The latest forum is the sixth since the platform was established in 2016 by President Xi Jinping and Philippine President Rodrigo Duterte. Tension between the two nations has escalated in recent months, with the Philippines repeatedly protesting the presence of Chinese ships in a disputed area of the South China Sea.
In Friday’s dialogue, the Philippines said it “reiterated its long-standing call for full respect and adherence to international law, including the 1982 UNCLOS (United Nations Convention for the Law of the Sea) and its authoritative interpretation and application – the final and binding 2016 South China Sea Arbitral Award” that favored the Southeast Asian nation over China in their maritime dispute.
The Philippines also said that the nation’s Justice Department will lead talks next month for compensation of Filipino fishermen abandoned by a Chinese ship that hit their boat in the West Philippine Sea two years ago. MDT/Bloomberg