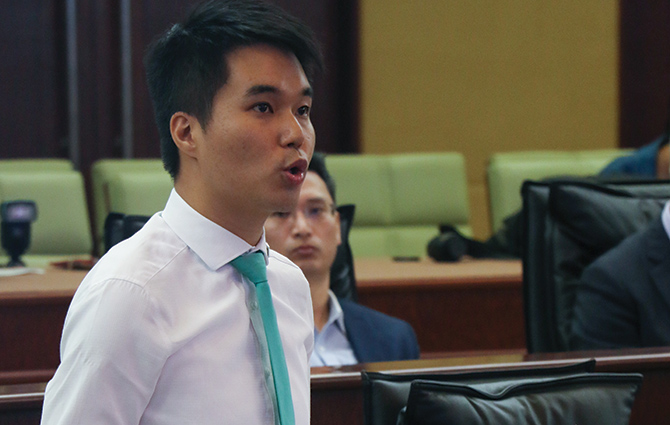 Lawmaker Sulu Sou could have his mandate suspended, as a result of being accused of the crime of qualified disobedience. The First Instance Court has sent an office representative to the Legislative Assembly inquiring if the lawmaker should have his term suspended and if he is authorized to participate in the trial as defendant.

The beginning of the trial is scheduled for November 28. The case is related to a demonstration organized by the New Macau Association in May 2016 over the RMB100 million that the Macau Foundation donated to Jinan University.

Demonstrators, including Sulu Sou and activist Scott Chiang, who is also accused of the same crime, decided to walk on the road (and not on the sidewalk) to the Penha area without permission. The police blocked the way to the entrance of Palace St. Sancha, where the Chief Executive resides. It was reported that some demonstrators threw paper planes into the gardens of the palace.

The Legislative Assembly Committee on House Rules is expected to meet this Thursday to analyze the court’s request.

Sulu Sou reacted saying that he will try his best to explain the case. “This is a political case. It happened during a political event and it is related to freedom of speech,” he told TDM.