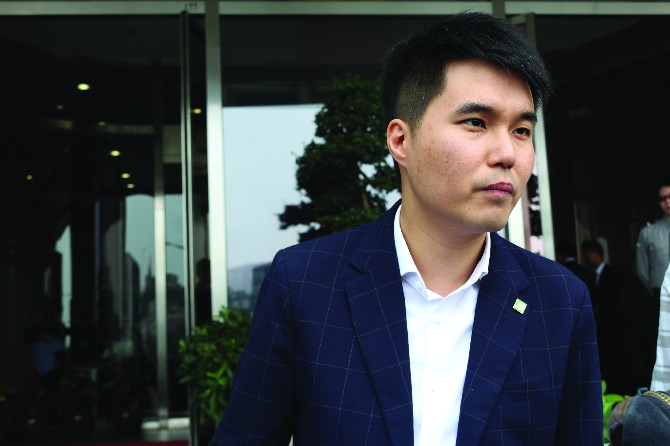 Lawmaker Sulu Sou has submitted a statement to the government urging it to “revive interaction with the press and take real actions to safeguard freedom of the press.”
Recently, Chinese-language newspaper Cheng Pou published articles which criticized the government for no longer inviting the press to attend inauguration ceremonies of officials, such as the inauguration ceremony for Inês Chan, the new director of the Government Information Bureau (GCS).
The Chinese paper also criticized the Legislative Assembly for no longer allowing journalists to wait at the door of committee meetings, depriving them of the right to conduct stand-up interviews with sitting officials.
The lawmaker said on social media that he was not even aware of this “new” arrangement, despite being a deputy in the legislature.
In his written question, he cited the Basic Law stipulation that protects freedom of the press but added that “how to execute it daily by utilizing laws and policies is the key.” Sou also expressed his own doubt over the government’s decision not to invite the press to attend the inaugurations of officials.
He questioned the government on the criteria it uses to determine if the press should be invited to events. He stressed that Covid-19 containment is no longer a legitimate reason not to invite the press, as the city held the annual Dragon Boat Races last month, which gathered a large number of people in a single space.
Although he praised the government for previously terminating the general spokesperson mechanism and appointing the GCS to undertake the relevant tasks, he expressed doubt that the government conducted a review on the mechanism which gives each bureau a press officer. He also sought to know the government’s roadmap for improving interactions with the press.
The lawmaker also asked about the progress to institutionalize TDM’s position as a public broadcaster, so that the UNESCO indexes governing public broadcasters are followed. AL