Supergroup LSD’s debut both too much and too little 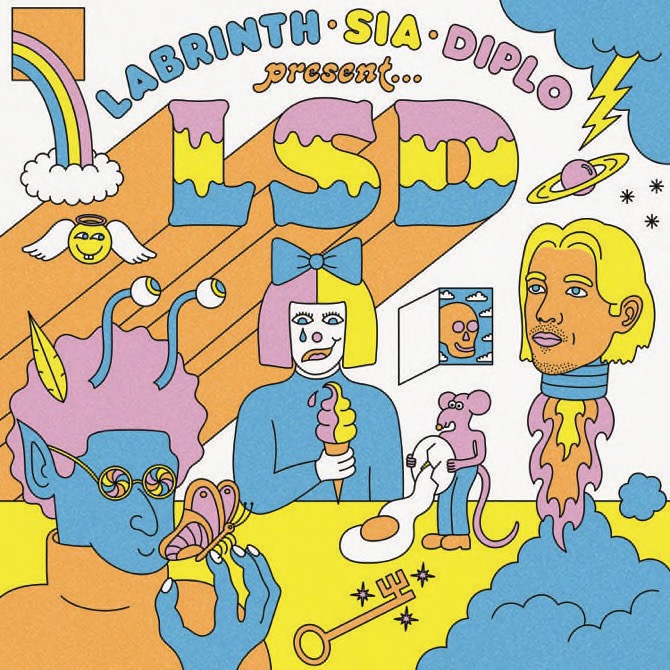 When solo artists combine into supergroups, the results are usually fun, if fleeting. But all too often, they have an Achilles’ heel: Too many cooks in the kitchen.

That, unfortunately, is the case with LSD, the supergroup featuring Labrinth, Sia and Diplo. Their 10-track debut album has some club bangers, of course, but also a lot of filler. It may be more fun to be in this group than actually hear its output.

“Genius” is the clear highlight, a driving, over-the-top ditty with baroque touches that has Sia and Labrinth bouncing bombastic verses off each other. (It’s so good that Lil Wayne shows up for his own nifty remix at the end of the album.) And “Audio” is a laid-back, late night summer synth-fest, a hazy party of a tune. Neither breaks new ground but they are absolutely great.

But even with these killer tracks, you can hear a restlessness in the mix. Many songs have too many elements or are constantly switching to another hook or riff or effect, trying too hard. Other times, they’re underbaked, too spare to make an impression. Lyric-wise, the album is underwhelming. (“I’ma be the pepper to your salt” is typical.)

LSD can often sound overindulgent, particularly with the trippy and jumbled first tune “Welcome to the Wonderful World Of.” Sia brashly opens the album with the line “All eyes on we” — but it’s a mess.

“Mountains” never really gets going, “Angel in Your Eyes” is irritating and “No New Friends” finds the trio haughtily closing ranks with what sounds like a playground taunt. Sia hijacks “Heaven Can Wait” but then doesn’t do anything interesting with it. “It’s Time” is pointless. Overall, no one seems to have stepped in and been the adult in the control room.

It might be time to drop LSD if this keeps up. Mark Kennedy, AP Entertainment Writer