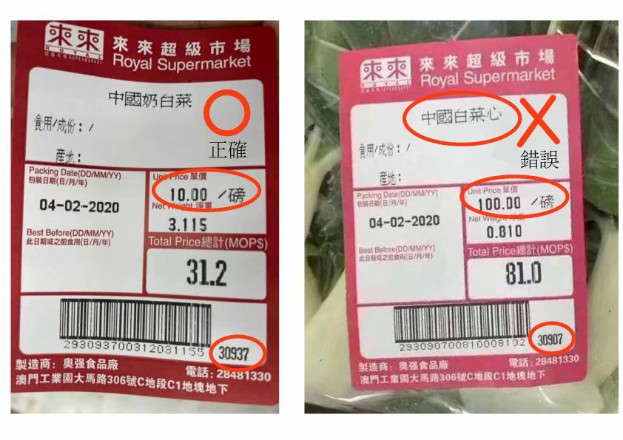 A photo depicting an 81-pataca price tag for a pack of three bok-choy at a local supermarket went viral on social media Tuesday evening alongside the citywide supermarket run.
The error occurred at a branch of Royal Supermarket. The company acted quickly by responding to social media alarm on the same evening, explaining the incident as an error.
“It was a careless mistake by an employee that has caused the confusion,” the supermarket chain wrote in the social media post. The product description was also wrong, making the entire tag incorrect.
It remains unclear in which branch of the supermarket chain the incident occurred.
Royal stressed that it had no intention to inflate prices.
However, in the discussion chain, another photo posted by a user showed a discrepancy between the price tag and the actual price charged for a pork burger patty product. The company had not provided an explanation as of press time. AL