Surrender of fugitive agreement with Portugal may be signed this year 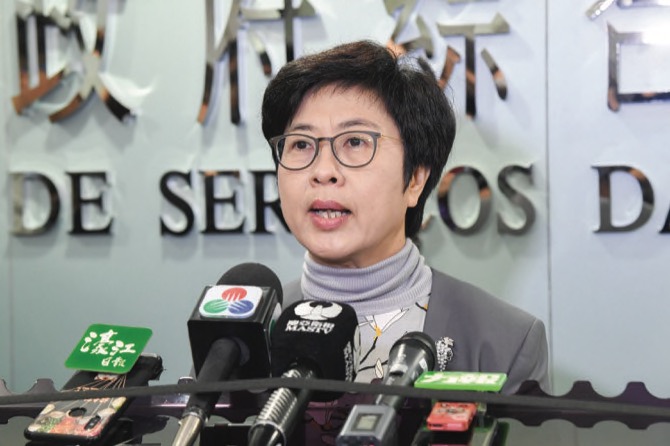 The Secretary for Administration and Justice, Sonia Chan, revealed that an agreement between the SAR and Portugal on the surrender of fugitives wanted by one of the two jurisdictions is expected to be signed this year.

The government started negotiations with the Portuguese government regarding an agreement on the surrender of fugitives back in February and a consensus was achieved, with an agreement initiated.

Last month, a local delegation headed by Chan negotiated the signing of the agreements for mutual legal assistance in criminal matters with the Directorate-General of Justice Administration of Portugal.

As cited in a statement issued by the Government Information Bureau, each side is currently working internally on procedures required for the official signing of the agreement.

According to the secretary, the government will strive to expedite the process and anticipates the agreement could be signed this year.

Chan previously clarified that the agreement will follow international directives that exclude extradition when the wanted person is in the territory where he or she is a national.

With such directives, fugitives with Portuguese nationality who are wanted by Macau authorities in Portugal will not be surrendered and vice-versa.

Meanwhile, issues regarding the surrender of sentenced persons from Macau to mainland China and from mainland China to Macau are still being negotiated.

Extradition agreements with Macau’s major political and economic partners, Hong Kong and Beijing, have long been a personal goal of Chan.

Chan said that more time was required to prepare the initial negotiations for a China-wide agreement.

Last month Chan was in Beijing to discuss such transfer agreements with her mainland counterparts following a suggestion from Hong Kong authorities that would allow extraditions to Macau, Taiwan and mainland China on a case-by-case basis.

According to a statement issued by the Secretary’s office, the visit was “successful” and achieved the results that both parties were hoping for. The two parties are set to study the different legal regimes and have said to have already created a contact mechanism for checking on progress.

The Macau SAR currently has agreements for the transfer of convicted criminals with regions including Hong Kong, Mongolia and Nigeria, while plans are already in place to develop similar agreements with Vietnam, Malaysia and the Philippines. LV