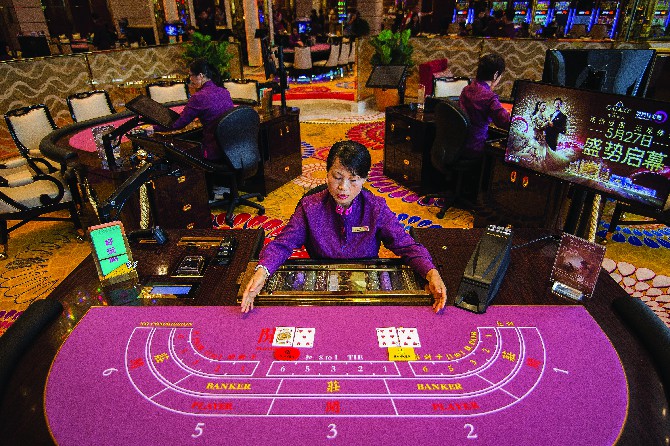 The annual survey of casino resort staff performance showed that they have demonstrated steady performance, as the Gaming Service Index (GSI) in 2020 increased slightly, rising by 1.28% compared to last year.
Targets of the assessment were the mass markets of 15 representative casinos including Altira, City of Dreams, Studio City, Star World, Galaxy, Grand Lisboa, Jai Alai- Oceanus, Lisboa, MGM Macau, MGM Cotai, The Parisian, Sands Macao, The Venetian, Wynn and Wynn Palace.
The Macau Gaming Research Association (MGRA) collaborated with SGS Hong Kong Limited to recruit and train mystery shoppers and conduct data collection and data entry.
Due to the Covid-19 pandemic in 2020, all assessments were arranged in the fourth quarter (Q4). There is an upward trend from the base of 100 points in 2013 to Q4 2020. A total of 1,248 visits were conducted in two rounds, having an average performance of 130, a significant increase compared with 115 in Q4 2019. To conclude, the GSI showed a steady performance in 2020.
In the fourth quarter, assessments were completed in two periods of time: October and November. Each round included 624 samples with 1,248 data points in total.
The association concluded that the results in October showed better performance. Smiling and proactiveness were better than last year, while tolerance recorded decreased in performance.
Time and date were influential in security and customer service.
Air quality held steady and “was generally fresh in 2020.” Approximately 81% of the toilet environments assessed were rated as “good” in 2020 and a continuous drop was recorded in three consecutive years.
The waiting time for shuttles was similar to last year, within five to seven minutes. In 2020, the average length was 5.27 minutes.
This year, SGS undertook 728 visits in Cotai and 520 in the Macau Peninsula. This data supported the generation of a GSI corresponding to Cotai and Macau Peninsula. The two indexes demonstrated similar patterns in 2020, with both regions performing better compared to Q4 2019. In summary, however, casinos located in Cotai performed better than those in Macau Peninsula.
The performance of dealers was steady in Q4 2020; with the index standing at 131.