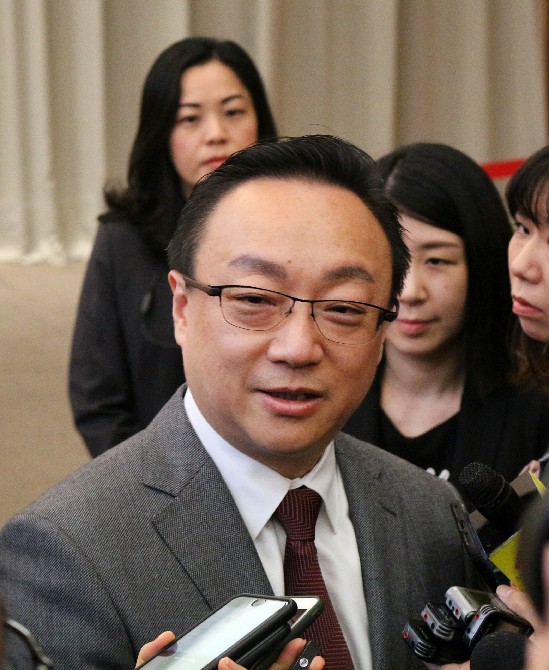 A case of suspected electoral violation against an indirectly-elected lawmaker has been dropped in the prosecution phase of the judicial procedure, public broadcaster Radio Macau reported.
Functional constituency lawmaker Wang Sai Man, who was suspected of violating the Legislative Assembly Election Law, was selected by a conglomerate led by the Macao Chamber of Commerce to run in last year’s by-election. The election was to select a lawmaker to fill the seat of incumbent Chief Executive, Ho Iat Seng, who was then lawmaker and president of the Legislative Assembly.
Wang, representing the industrial, commercial and financial sector, was suspected of campaigning on the by-election day, when he gave a media interview at the entrance of the voting station.
According to the Election Law, all campaign activities, be that online or offline, must cease on election day. The stipulation is colloquially known as the ‘cool-down period’.
Following the suspicion of Wang’s violation, the Electoral Affairs Committee immediately notified the police who pledged that they would conduct an investigation. After the investigation, the case was passed to the Public Prosecutions Office (MP) to decide whether charges would be pressed.
Recently, the MP decided that the file would be closed, meaning that no charges will be made against the incumbent lawmaker.
Radio Macau reported that, according to the MP, the ground for its decision was that “Wang’s subjective intention of campaigning was unable to be proved.”
A violator of the cool-down period is subject to a maximum penalty of one year in jail or a 240-day fine. Moreover, if a person violates the stipulation at a voting station or within a 100-meter radius of it, they are subject to a maximum penalty of two years of imprisonment.
Wang won the uncontested election on November 24, 2019, and was sworn-in on December 16.