T.C. Boyle spins a family drama from the LSD era 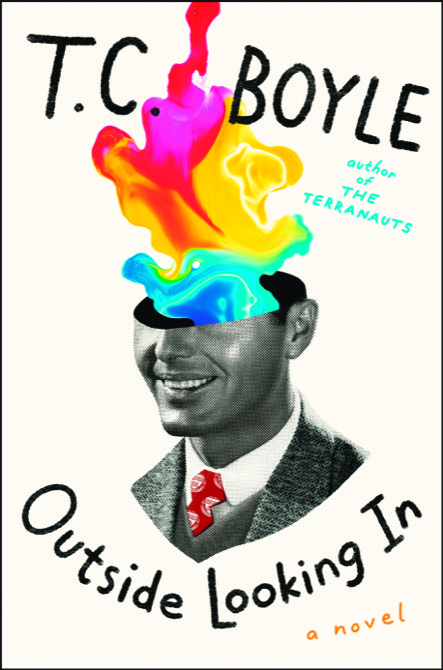 “Outside Looking In” (Ecco) by T.C. Boyle

Just as he did in his last novel about scientists inhabiting Arizona’s Biosphere 2 in the 1990’s (“The Terranauts”), T.C. Boyle’s latest takes a real-world event — Harvard psychologist Timothy Leary’s LSD experiments in the 1960’s — and imagines some of the people who went along for the trip.

Meet the Loneys: Grad student Fitzhugh, his wife, Joanie, and their son, Corey. Seeking to ingratiate himself in Harvard’s psych department, Fitz convinces Joanie to attend one of Dr. Leary’s “sessions” at his home. Before they know it they’re swallowing a “beginner’s dose” (20 milligrams) of psilocybin, a precursor to LSD. And before they know that, they’re having the best sex of their lives and apologizing to the babysitter for being so late.

The story moves fast from there. From Newton, Massachusetts, to Zihuatanejo, Mexico, and finally to Millbrook, New York, the Loneys immerse themselves in Leary’s communes, altering their minds regularly and testing the limits of what it means to be a family. The historical references may intrigue some readers and thankfully there’s Google for that. But the heart of the story is the Loney family. As their drug dependencies deepen, husband and wife move in opposite directions — Fitz starts being convinced that Leary is on the cutting edge of science, while Joanie appreciates the intimacy LSD creates after 13 years of marriage. Three-hundred pages later, nothing is what it was and Boyle’s writing doesn’t provide much hope for the family’s future.

“Nothing quite fit right, as if the world were a suit of clothes that had shrunk in the dryer and had to be pinched and tugged till it stretched back out again,” writes Boyle after Fitz comes down from a week-long trip sequestered with a teenage girl in a Millbrook cottage.

The novel poses some interesting questions about the nature of belief and the very existence of God, but like the hallucinations they sprout from, the questions dissolve as the drug’s effects dissipate. What Boyle leaves us with, instead, is a cautionary tale. No matter how hard humans try, we can’t escape the messy realities of life in a world where there are rules of behavior and consequences for those who don’t follow them. Rob Merrill, AP