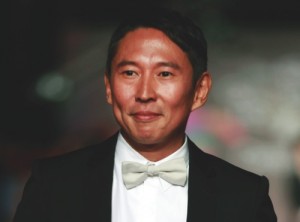 Niu Chen-zer has fulfilled a longtime dream to make a film paralleling his father’s journey as a soldier who left China for Taiwan during the civil war in the late 1940s. And making “Paradise in Service” changed his own life, too.
The film tells the story of Taiwanese soldiers stationed on the island of Quemoy during a protracted 1958 Chinese bombing campaign against that isolated target. While cross-strait relations between Taiwan and China have moderated in recent years, China still claims sovereignty over the self-governing island and Taiwan’s military is still committed to maintain defenses from a possible Chinese attack.
Prior to filming, Niu received ample funding and a promise of assistance from the Taiwanese navy — support that came to a screeching halt last year after the director used false documents to bring a Chinese cinematographer to a Taiwanese naval base for location scouting. Taiwan’s government bans mainland Chinese nationals from entering sensitive military establishments.
The loss of funding and military support made filming more challenging. But Niu has apologized profusely for his “negligence,” and calls facing that mistake an invaluable experience.
“It changed me. It made me aware of what I did in the past, where I single-mindedly wanted to make good films and hence gave myself a lot of leeway. Some could also interpret it as being reckless,” he said.
There were a lot of temptations in the past, Niu said, from people saying they liked him and giving him money. “That may sway you one way or the other, during one’s creative process.”
But with “Paradise in Service,” it was clear he would have nothing, and still they did the film. “This has been an even more humbling and sincere journey, really,” he said.
As difficult as filming was, the 48-year-old director has a lot to smile about these days: The film was selected to open the Busan International Film Festival in South Korea. “This is the result of the team’s collective hard work. We took an honest look at an era,” Niu said.
He thanked the Busan festival organizers for selecting the film. “They’re honoring us by selecting the film as the opening film. I also think, interestingly, South Korea is a country that can really identify with a sadness of an ethnicity divided. I’m really looking forward to attending (the film festival) to interact with them.”
“Paradise in Service,” starring Taiwanese heartthrob Ethan Juan, Chinese veteran actor Chan Jian Bing and Taiwanese actress Ivy Chen, will be released in Taiwan today. The Busan festival kicks off Oct. 2. AP