Taiwan president heads to Caribbean with US stops 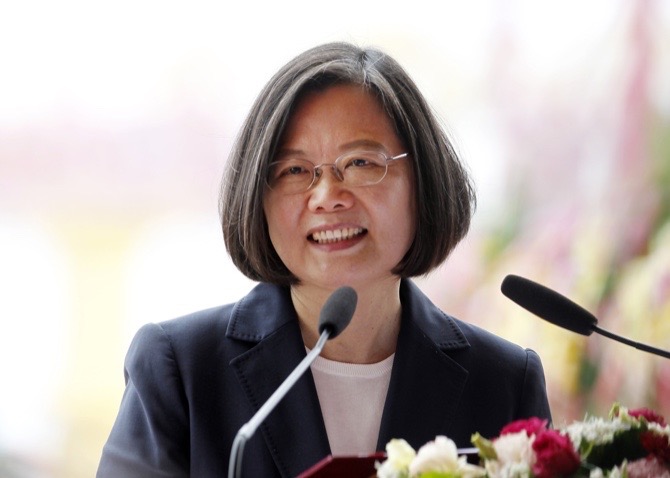 Taiwanese President Tsai Ing-wen departed yesterday for a four-country state visit to the Caribbean with stops in the United States on the way there and back.

Her delegation is going to Haiti, St. Kitts and Nevis, St. Vincent and the Grenadines and St. Lucia on a 12-day trip. The island nations are among the few that recognize Taiwan instead of China.

Tsai said that she wants to share the values of democracy and perseverance with Taiwan’s friends.

“Our democracy has not come easily and now is facing the threat and technological penetration of foreign forces,” she said, in a veiled reference to China.

Tsai will also make what her government is calling “two-evening transit stops” in the United States.

Taiwan does not have diplomatic ties with the United States, but the U.S. provides the self-governing island with military and other support. China objects to such support as an interference in what it considers its internal affairs.

In the Caribbean, the delegation will promote sustainable development and look for business opportunities for Taiwanese companies, Tsai said.

Taiwan split from China during a civil war that brought the Communist Party to power in 1949. The rival Nationalists set up a separate government in Taiwan, and Tsai has resisted Chinese pressure to re-unite the two. AP