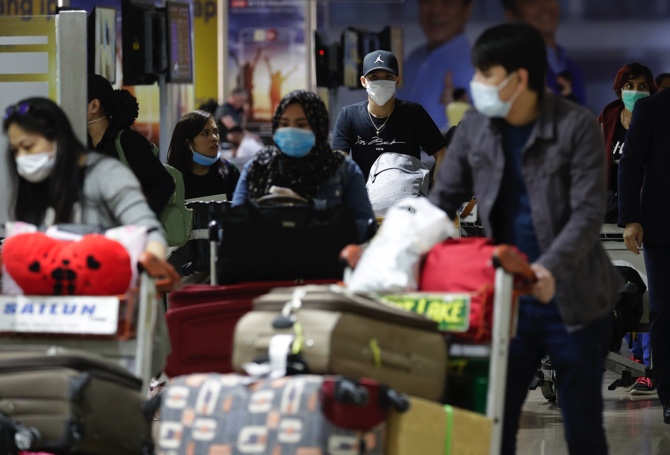 Taiwan has requested that the Philippines remove the Chinese island from its temporary travel restrictions, noting that it was “wrongly included” in the blanket ban designed to prevent spread of the novel coronavirus.

Amid the ongoing outbreak that has killed over 1,300 patients, several countries and regions have imposed travel bans, particularly on China, to limit the outbreak.

With the exception of the Philippines, no other countries in Asia have issued a travel ban on Taiwan. Thus, Taiwan has expressed “grave concern” about its inclusion in the ban.

Philippine authorities previously said that the travel ban – which applied to China and its SARs – would include Taiwan, as the region is listed under China in the World Health Organization (WHO) list.

In a statement released on Wednesday by the Taipei Economic and Cultural Office in Manila, the office condemned the temporary travel ban, stressing that Taiwan is a sovereign and independent state.

“It is a factual error for WHO to regard Taiwan as a part of [the] P.R.C. The Philippines should not be misled by WHO’s wrong information on Taiwan. We urge the Philippine government to immediately correct its decision on Taiwan and remove Taiwan from the travel ban,” the statement read.

The state also clarified that it has taken measures to contain the spread of Covid-19.

In response, the Philippine government said it would look into the appeal to lift the inclusion of Taiwan in the temporary travel ban.

There are currently 18 confirmed coronavirus cases in Taiwan and no fatalities, compared to Hong Kong’s 49 confirmed cases.

There are only eight remaining cases in Macau, a much lower number compared to the other two regions, yet the city was included in the Philippines’ and Taiwan’s travel bans.

Nearly 1,200 Macau students were unable to return to Taiwan to resume their studies after the Taiwanese government suspended Hong Kong and Macau residents’ entry to the territory.

Macau’s inclusion in the Philippines’ ban is because the semi-autonomous territory is a special administrative region of China and is listed by WHO as such. The travel restriction has affected hundreds of passengers in Macau, particularly tourists from the Philippines visiting their families here.

As reported by the Times yesterday, 134 distressed Filipinos have called on their government to provide a chartered flight to take them back home.

This group has submitted a petition to the Philippine Consulate to ask for assistance.  Last week, some of them turned to social media to plead for help, as they are running out of money and time. There are still several Filipinos stranded in the SAR who have not made themselves known to the consulate. Some are just waiting for the travel ban to be lifted, and are hoping that this will occur before their visas expire.