Tariff war | US ‘not ready’ to make a trade deal with China, Trump says 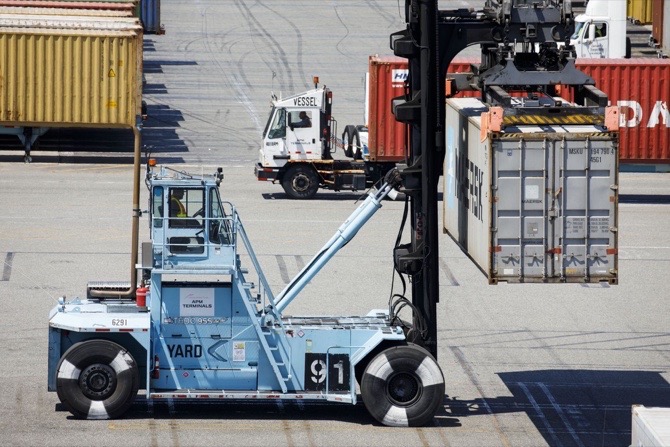 The U.S. isn’t ready to make a trade deal with China, President Donald Trump said while on a state visit to Japan.

“I think they probably wish they made the deal that they had on the table before they tried to renegotiate it,” Trump said yesterday at a joint press conference in Tokyo alongside Japanese leader Shinzo Abe. “They would like to make a deal. We’re not ready to make a deal.”

Trump said American tariffs on Chinese goods “could go up very, very substantially, very easily.” His comments came after trade talks between the two countries stalled earlier this month. Each side has since blamed the other, and Trump has threatened billions more in tariffs.

Trump said businesses were leaving China for countries without tariffs, including the U.S. and Asian neighbors including Japan. Still, he also expressed optimism that the world’s biggest economies would eventually reach an agreement.

“I think sometime in the future China and the United States will absolutely have a great trade deal, and we look forward to that,” Trump said. “Because I don’t believe that China can continue to pay these, really, hundreds of billions of dollars in tariffs. I don’t believe they can do that.”

For some time, the U.S. “has had various voices on China- U.S. trade talks. Sometimes it is said that an agreement will be reached soon, and sometimes that it is difficult to reach an agreement,” Chinese Foreign Ministry spokesman Lu Kang said in Beijing yesteday when asked about Trump’s comments.

“In the same period of time, China’s position has always been the same,” Lu said. “China has always believed that the differences between any two countries should of course be resolved through friendly consultations and negotiations.”

Over the weekend, China pushed back at the perception that Trump’s tariffs are hurting its economy.

Higher tariffs will have a “very limited” impact, and would hurt the U.S. about as much, according to Guo Shuqing, head of China’s banking and insurance regulator. Guo is the highest- ranking Chinese financial official to publicly comment on the trade standoff since talks deteriorated.

A commentary published by the official Xinhua News Agency accused the U.S. of “scapegoating” China for its trade imbalance and even some domestic economic issues, as Chinese state media urges unified resistance to foreign pressure.

“The United States is attempting to squeeze an unequal trade deal out of China, using measures such as tariff hikes and targeting its tech companies,” it said, while praising Beijing’s “utmost sincerity” in the negotiations.

China has escalated its anti-U.S. discourse since the talks faltered and Trump blacklisted Huawei Technologies Co. and scores of its affiliates earlier this month in a bid to stymie its access to the U.S. market. His administration is considering restrictions on as many as five other Chinese tech companies. Shannon Pettypiece & Iain Marlow, Bloomberg