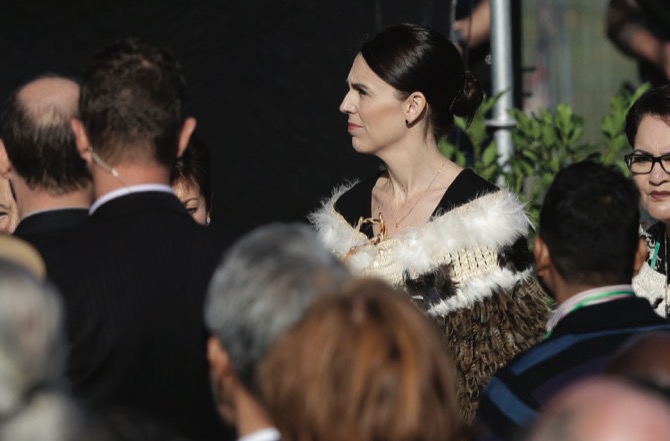 A rights group has urged New Zealand Prime Minister Jacinda Ardern to raise concerns about reported Chinese government abuses of Muslims during her upcoming visit to Beijing that was shortened after the killing of 50 worshippers at two mosques in New Zealand.

Human Rights Watch said Friday that Ardern “spoke forcefully in defense of Muslims’ rights” after the Christchurch attacks and should do so again in Beijing.

Hundreds of thousands of Chinese Muslims have been detained without charge in internment camps, where relatives and ex-inmates say they have been subjected to physical abuse and forced to renounce Islam.

Human Rights Watch said Ardern should publicly call on Chinese leaders to close the camps, end the abuses, and permit independent, international observers’ access to the Xinjiang region that is home to China’s largest mainly Muslim minority group, the Uighurs. Other members of Muslim groups, including Kazakhs and the Hui, have also faced internment and other forms of repression.

China has so far rejected calls for independent observers and after first denying the camps’ existence, now says they are voluntary vocational training centers that provide job skills to ward off religious extremism.

Ardern is to meet with both President Xi Jinping and Premier Li Keqiang on her only day in Beijing on Monday.

That brought indications of economic retaliation from China, New Zealand’s largest trading partner and a key customer for its dairy and other agricultural products. Ardern said last month that no final decision has been made on whether Huawei equipment can be used in the country’s slated 5G network.

New Zealand media quoted Ardern as saying that she couldn’t justify extending her Chinese trip beyond Beijing because “We are still very much in an operational response to the terrorist attack and we are still making sure that we have the right care in place for those victims.”

The gunman in the mosque killings cited China in his online manifesto as the country most aligned with his political and social values.

Although Muslim countries have remained largely silent over the camps and other abuses against Chinese Muslims, some European nations and the U.S. have become increasingly vocal in their criticism.

Last week, Secretary of State Mike Pompeo met with former inmates and family members, tweeting that he called on China to “end these counterproductive policies and release all arbitrarily detained.”

“The world cannot afford China’s shameful hypocrisy toward Muslims. On one hand, China abuses more than a million Muslims at home, but on the other it protects violent Islamic terrorist groups from sanctions at the U.N.,” Pompeo wrote, in a reference to China’s repeated refusal to designate Masood Azhar, the head of Pakistan-based Jaish-e
-Mohammad, as a terrorist. AP