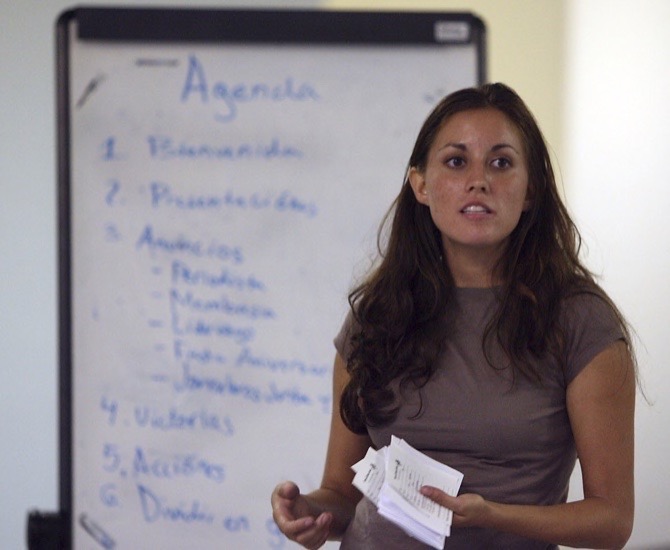 A Latina activist in Texas launched a U.S. Senate run yesterday [Macau time] saying hate has made people feel “they can target us on the streets” in the wake of an El Paso mass shooting that police say was preceded by the gunman posting a racist, anti-Hispanic screed.

Cristina Tzintzún Ramirez, 37, joins an already long list of underdog challengers to Republican Sen. John Cornyn. She is founder of the Jolt Initiative, which since 2016 has sought to turn Texas’ booming Hispanic population into a political force by boosting their historically low levels of voter turnout.

Her work hit close to what the suspected El Paso mass shooter seemed to fear most: A racist post that authorities believe Patrick Crusius shared online before the Aug. 3 attack lashed out against an influx of Hispanics and the thought of them transforming Texas into a Democratic stronghold.

El Paso police say Crusius confessed to the shooting that killed 22 people and told them he was targeting Mexicans .

“I am very aware of the symbolism that my race and my candidacy brings in this moment in our state and country’s history,” Tzintzún Ramirez said during an interview with The Associated Press. “At the end of the day, I think that most Texans realize our diversity is our strength, that there is nothing to be afraid of.”

Tzintzún Ramirez, who said her mother is from Mexico and her father Ohio,  had been mulling a Senate run for weeks prior to the attack. She enters a race that has lacked a Latino candidate seen as being able to mount a serious challenge in Texas and is starting with the help of top operatives from Democrat Beto O’Rourke’s near-miss run for Senate last year.

The primary field has remained unsettled in Texas after O’Rourke, the former El Paso congressman, resisted pleas from Democrats to try again for Senate. Air Force veteran MJ Hegar, who narrowly lost a House race in Texas last year, leads the money race early with more than $1 million in contributions so far.

State Sen. Royce West, one of the longest-serving Democratic lawmakers in Texas, and Houston City Councilwoman Amanda Edwards also joined the field in recent weeks.  Cornyn’s campaign called Tzintzún Ramirez, who has never held political office, a “hardcore progressive” in a statement about her candidacy.

O’Rourke left the presidential campaign trail last week to return to his hometown and meet with victims of the Walmart shooting, while blaming Trump’s anti-immigrant rhetoric for spreading hate. Trump and the White House have forcefully disputed the idea that he bears some responsibility for the nation’s divisions.

Tzintzún Ramirez said she supports universal background checks for firearms and banning the sale of assault weapons and high capacity magazines. She alludes to the El Paso shooting in a video launching her campaign without explicitly mentioning the attack, condemning leaders who she said scapegoat immigrants and rhetoric that she says “allows people to treat our lives as less human.”

“That kind of hatred, that kind of vitriol, that kind of targeting, allows people to feel like they can target us on the streets of our community,” she said. PAUL J. WEBER, AUSTIN, AP