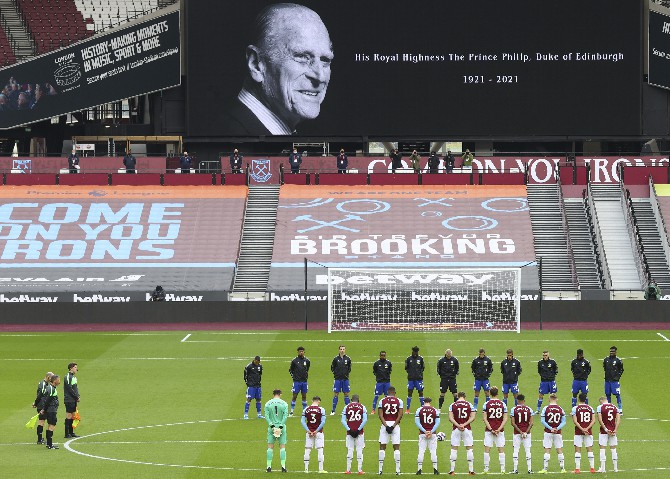 More sports events are being moved to avoid clashing with Prince Philip’s funeral, with a Premier League match between Wolverhampton and Sheffield United pushed to Saturday evening.
The match will now start at 8:15 p.m. local time (19:15 GMT) rather than 3 p.m. when Philip’s funeral service is due to start at Windsor Castle.
Saturday’s other Premier League game, between Newcastle and West Ham, will kick off at 12:30 p.m. as planned.
The English Football League and Premiership Rugby are also moving start times.
The England and Wales Cricket Board said all nine county championship matches will pause for an hour and 20 minutes during the royal ceremonial funeral at St. George’s Chapel.
Philip, Queen Elizabeth II’s husband of 73 years who was also known as the Duke of Edinburgh, died Friday at 99.