The online casino boom China is struggling to contain 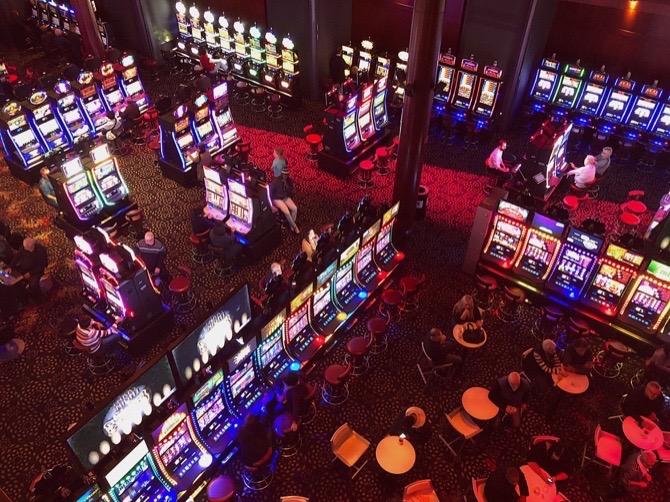 It’s 6:30 on a Monday morning in China, and the Guangdong Club online gambling platform is humming as a stream of wagers placed in Chinese yuan flows through the portal. The club, which lists its place of registration as Costa Rica, hosts operators offering hundreds of sessions for such popular games as baccarat and blackjack, lotteries, and sports betting—many of them in Chinese. A single baccarat table can draw betting volumes touching 75,000 yuan ($10,500) in a 30-second game.

This is gambling with a digital twist, and it allows Chinese to bet without traveling to Macau or Las Vegas. It’s also a growing problem for China’s Communist Party, which says the transactions are draining hundreds of millions of yuan from the country. Beijing views betting as a vice that fuels social unrest, and Chinese law prohibits gambling on the mainland—including online. But the anonymity the internet affords has Chinese bettors flocking to digital gaming halls. They’re fueling growth in Asia’s online gambling sector, which is expected to reach $24 billion in sales this year, according to market researcher Technavio.

Beijing has begun lobbying jurisdictions that permit online gambling — including the Philippines and Cambodia — to shut down the industry, an ambition made more urgent as China’s economy slows and it grapples with an escalating trade war with the U.S. Yet stopping the businesses is proving difficult, because there’s little incentive for these countries to hamper a lucrative industry. “It’s become a cross-border business, and it’s very difficult for China to prosecute,” says David Lee, a partner at Taipei-based law firm Lin & Partners.

The Guangdong Club hosts virtual casinos operating out of Cambodia as well as others licensed in the Philippines, countries where gambling sites catering to international players are permitted. Costa Rica, where the club’s website says it’s registered, doesn’t have an industry regulator or laws banning online casinos that provide gambling services overseas. The Guangdong Club didn’t respond to emailed requests for comment, and its website lists no phone numbers. “Many online gaming companies operate under the radar,” says Ben Lee, a Macau-based managing partner at Asian gaming consultant IGamiX. “There are so many of them. It’s like China’s trying to whack a mole.”

The Chinese government has tied a number of problems to online gambling, including telecommunication fraud and citizens being lured to work illegally in the Philippines. The websites allow wagers of as little as 10 yuan, making them within reach of lower-income bettors. Online gaming halls also threaten to lure bettors away from Macau, the only city under Chinese control where casinos are allowed (though online gambling is still prohibited). The Guangdong Club has a logo that resembles that of a Macau junket operator called Guangdong Group, but the Macau company says it has no relationship with the online platform.

Gamblers on the Guangdong Club platform can deposit money and receive their winnings via accounts at several Chinese banks, including some of the country’s largest, such as Bank of China Ltd. and Industrial & Commercial Bank of China Ltd., according to the club’s website. The banks declined to comment.

Many platforms also allow gamblers to use popular online payment systems from Tencent Holdings Ltd. and billionaire Jack Ma’s Ant Financial Services Group. The payment systems have been willing to talk about how they’re helping the government’s effort to curb online gambling. In recent weeks, some virtual operators have warned gamblers that Tencent’s WeChat app and Ant Financial’s Alipay have tightened controls. In a statement, Tencent said it takes measures to help identify transactional risks and act against those attempting to use its system for illegal gambling. Ant Financial says it uses an AI-powered risk engine to intercept suspicious transactions and has zero tolerance for online gambling. When a merchant is confirmed to be engaged in gambling, Alipay limits its ability to collect payment, stops working with it, and reports the case to police.

China is winning some concessions from its neighbors. In response to pressure from Beijing, Cambodia has said it won’t issue any new online gambling licenses and won’t renew existing ones when they expire.

Most of China’s pushback has been directed at the Philippines, where online betting sites have contributed to a small economic boom. Following China’s calls for a crackdown, the Philippines has said it will stop accepting applications for new licenses at least until the end of the year. That’s short of the full ban China wants to see. President Xi Jinping brought up online gambling in August when he met Philippine President Rodrigo Duterte, who’s since rejected the call for a ban. The Philippines isn’t interested in drastic steps that will have an adverse effect on the economy and will instead regulate the sector, Chito Sta. Romana, the Philippine ambassador to China, said in a Bloomberg TV interview on Aug. 30.