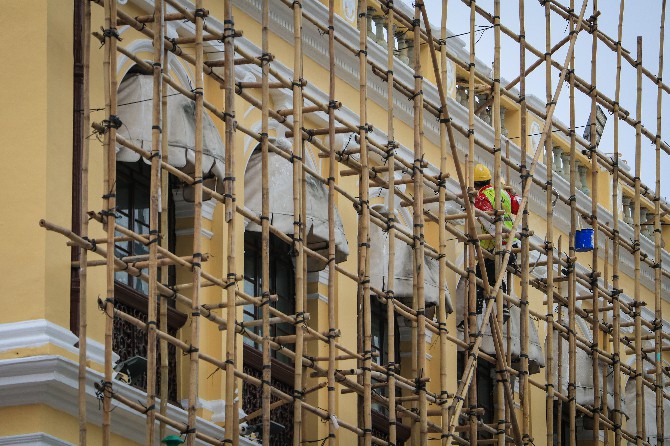 Macau is currently celebrating the 15th anniversary of the inscription of its Historic Centre on UNESCO’s World Heritage List.
The listing includes a collection of over twenty locations representing mostly the architectural legacy of the city’s cultural heritage, including buildings, monuments, squares, churches, and temples.
The Historic Centre of Macau comprises two distinct areas: Zone 1, with sites between Mount Hill and Barra Hill, and Zone 2, which refers to the heritage venues located on Guia Hill.
According to UNESCO’s description, “with its historic street, residential, religious and public Portuguese and Chinese buildings, the Historic Centre of Macau provides a unique testimony to the meeting of aesthetic, cultural, architectural and technological influences from East and West.”
“It bears witness to one of the earliest and longest-lasting encounters between China and the West, based on the vibrancy of international trade.”
Over the 15 years that followed, Macau registered tremendous development driven by the expansion of the gaming industry, which undeniably added wealth to the region, but also urban pressure to areas of the old city, where most heritage sites are located.
Not long after, in 2007, a group of residents wrote a letter to UNESCO to complain about several construction projects planned for the area in the surroundings of the Guia 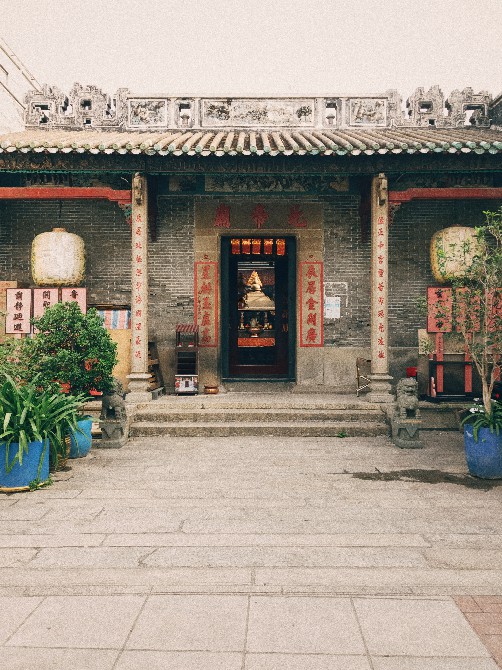 Lighthouse, included in Zone 2 of the Historic Centre of Macau.
Among them is a residential building located on Calçada do Gaio, where the construction was eventually stopped. Several other buildings, located between the lighthouse and the seafront, saw their construction move forward despite protests. They include the headquarters of the People’s Republic of China Macau Liaison Office and another high-rise residential building.
At the time of the first letter, in 2007, UNESCO responded by issuing a warning to the Macau government, prompting former Chief Executive Edmund Ho to issue a regulation imposing height restrictions on buildings around some of the listed heritage sites.
In 2015, the complaints to UNESCO continued with the New Macau Association submitting a report alleging several government failures to protect local cultural heritage against threats by urban development projects.
The report focused mostly on the mentioned constructions located around Guia Hill that obstruct the view of the Guia Fortress and Lighthouse from the Outer Harbor area, the main entry gate to Macau.
UNESCO replied with requests for information to the Central Government, which is responsible for managing the heritage sites, noting several threats and dangers to the protection of such heritage.
In a written statement to the Times, the Cultural Affairs Bureau (IC) said that to ensure the effective protection of heritage buildings, it “conducts regular safety inspections and monitoring of heritage buildings to identify any changes on the protection of heritage buildings, informing property owners about the results for them to carry out maintenance works [when necessary].” 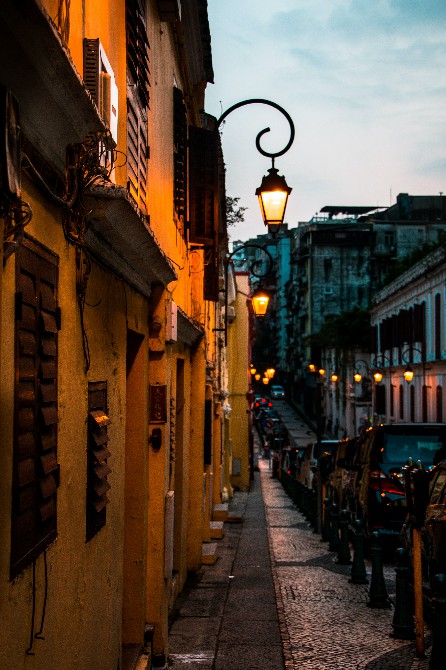 The government also said it has taken special measures regarding disaster prevention, namely on fire safety measures and guidelines for temples that have been implemented.
To keep the visitors well informed and receive feedback from the public, the IC also said it established a platform for information about Macau’s cultural heritage and created mobile stations near several tourist attractions to promote the topic. It also conducts training courses on restoration and cultural heritage, school lectures and exchange activities for different groups such as teenagers, professionals and temple managers.
However, warnings continue to come from academia. Most notably, scholars Eilo Yu from the University of Macau and Ming K. Chan from Stanford University, published an article titled “China’s Macao Transformed: Challenge and Development in the 21st Century” where the two noted that the case of the constructions around the Guia Lighthouse prove that local government had on several occasions ignored the conservation of heritage in the city’s urban planning.
Local architect Francisco Vizeu Pinheiro thinks that while in general the preservation of the listed monuments has been managed well, there are still some aspects in which heritage protection that have not succeeded.
He highlighted the Guia Hill, for which he claims the procedures and regulations “need to be reviewed and integrated into the Master Plan and not only on the guidelines of the Cultural Affairs Bureau, but also on the plan of the Land, Public Works and Transport Bureau, and the Municipal Affairs Bureau. The Master Plan is a very important document that we should have [ready and in force].”
Another of the flaws encountered by the architect has to do with the process of restoring antique buildings, namely those of Portuguese or European design for which, most of the time, only the façade is preserved and other times, not even that. This happens mostly in the area of Avenida de Almeida Ribeiro (a protected zone) in which, “the [new] buildings that have been built have nothing to do with the original ones.”
“Some of these buildings are over 100 years old and it makes sense to maintain not only their outside but also the interiors, the original design, and even the construction materials and methods,” he said.
Commenting on the areas that are not listed as heritage but that in Vizeu Pinheiro’s opinion deserve added attention, he said, “the Inner Harbor is very important: it was the ‘China Town’ of the [old Portuguese] city and deserves added attention and care.”
“It’s part of the history” he said, adding that it makes sense to preserve “the Portuguese as well as the Chinese legacy from the 19th and 20th century […] and not by just keeping one single house or building. It needs to be a group of houses and buildings to allow people to understand how the city was in the past.”
For the architect, since that most of these buildings are out of the protection zones it is necessary to have a new law – or to have a new zone – that includes them under protection areas in the Master Plan, “so they can be protected from real estate speculation.”
Other areas that deserve attention are the Islands, as the listed heritage only includes properties in the Peninsula. In Taipa and Coloane, Vizeu Pinheiro thinks that the areas of the old Taipa village, as well as Coloane and the old Shipyard of Lai Chi Vun, need to be preserved as much as possible, retaining their original characteristics and scale.
“When you build too much and too high around the heritage, the properties [under protection] lose scale and visibility, they get downsized when compared to the ones around them,” he explained.
On the Peninsula, one of the areas that he considers deserving of urgent attention is the Saint Lazarus neighborhood, in which many abandoned buildings of historical value and interest have a real utility, if open to the population as restaurants, coffee shops and other kinds of commercial venues. 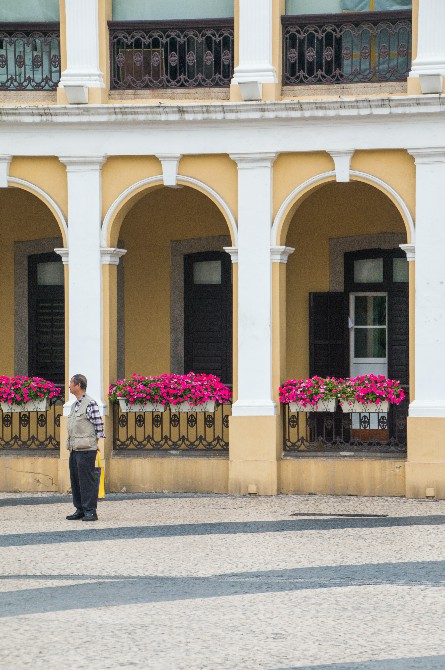 “I think this should be transformed into a pedestrian area and with more buildings open to the public. There is a large number of Portuguese buildings that date from the 1920s in which the façade has been preserved but the interior is unfortunately gone.”
Anthropologist Sheyla Zandonai agreed with many of the aspects discussed by Vizeu Pinheiro. The research associate from the Laboratoire Architecture Anthropologie (France) and visiting Professor at the University of Saint Joseph in Macau also believes that the IC has done a good job preserving the listed properties as well as finding other properties that can also be considered to enlarge the local heritage list.
For Zandonai, the government has done well to promote some of these venues to tourists by hosting entertainment and cultural events such as the Light Festival.
However, more can be done for some areas that have not received as much attention. Most notably, according to Zandonai, is the Inner Harbor area, which is both important and urgent to protect.
“I think is very urgent [to protect it]. It encompasses all the local lifestyle and should be taken more seriously,” she said, adding that in the last few years Macau has been developing “against its original identity” which is being a port city, facing the sea and making a living from it.
More than just the buildings, the anthropologist also argued that Macau needs to do more to preserve the old professions that are part of the city’s identity and that over the years have been “a little bit erased.”
The scholar also thinks that the UNESCO list should contain more properties from Chinese heritage, noting that in the original submission, there was a large number of properties and aspects that link Macau to its European and Portuguese heritage but this fact somehow neglected some of the southern Chinese particularities.
As for flaws in the city’s current heritage protection approach, Zandonai names at least two. “The first mistake was to separate the Historic Centre into two zones,” she said, adding that this has contributed to some of the problems that occurred at Zone 2, the Guia Hill.
The second one is related to the corridor of the Avenida de Almeida Ribeiro, and its connection to the Inner Harbor where several high-rise constructions have changed the atmosphere of the place.
“Ponte 16 [development], for example, become something totally out of proportion in that area and even blocks the circulation of air on the main street that is already polluted by nature due to heavy traffic,” she said as an example. 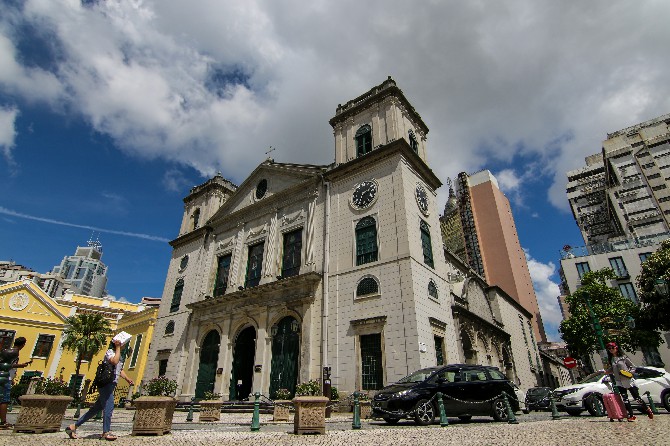 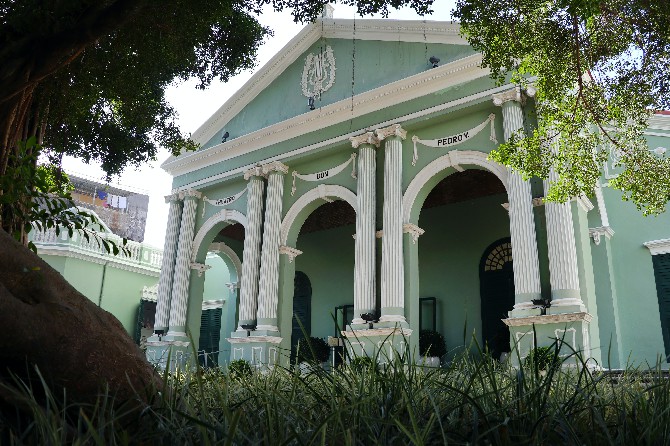 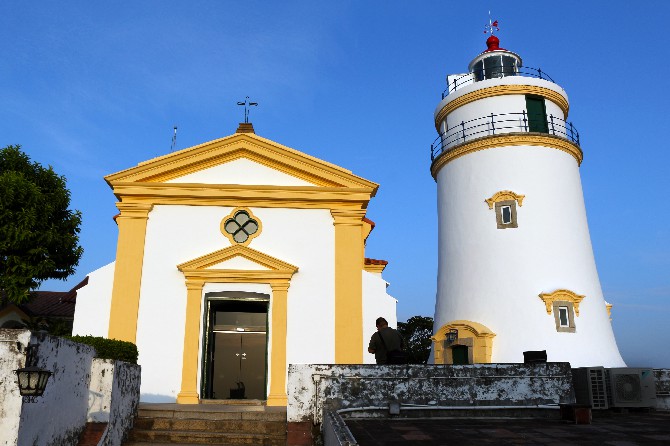