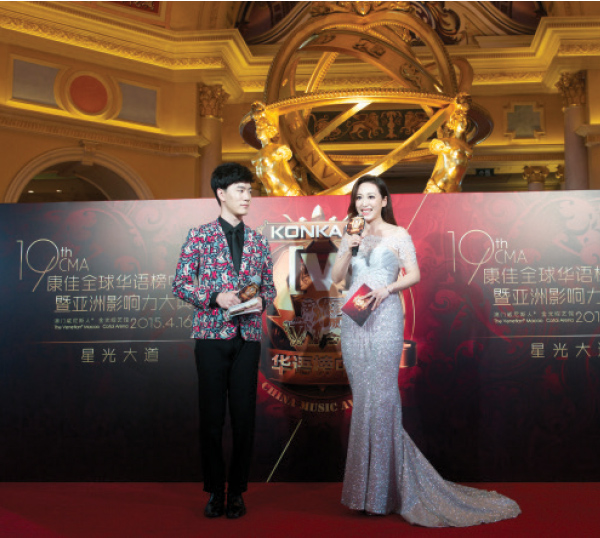 Co-sponsored by The Venetian Macao, the 19th Channel [V] China Music Awards and Asian Influential Power Grand Ceremony returned to The Venetian Macao for the fourth high-profile year. Following the red carpet event at the main lobby, the awards presentation ceremony was well attended at the Cotai Arena Thursday night.
Hundreds of excited fans crammed into The Venetian Macao’s main lobby to catch a glimpse of their favorite singers and actors as they walked the red carpet. This edition of the awards came with the theme “Never Stop,” and if the screaming fans were anything to go by, they certainly took the theme to heart. More than 40 celebrities were in attendance, including Korean superstar Rain; top Japanese boy group w-inds; Taiwanese celebrity Jay Chou and super band Sodagreen. Some of the high-profile stars included Jacky Chan, Wang Feng, Karen Mok, Zhou Bi Chang, Alex To, Ella Chen, MoMo Wu and Della. Joining them on the red carpet were representatives from Star China Media Ltd.; and Dave Horton, Global Chief Marketing Officer of Las Vegas Sands Corp. and Sands China Ltd.
A total of 45 awards were presented at the star-studded ceremony, including Most Popular Male Singer (HK & Taiwan), Most Popular Female Singer (HK & Taiwan), Asian Most Popular Japanese Group, Asian Most Popular Korean Artist, Most Popular Male Singer (Mainland China), and Most Popular Female Singer (Mainland China) among others.
The China Music Awards was founded in 1994 and has since gathered the best and brightest from the music industry in host cities like Beijing, Shanghai, Chengdu, Hong Kong, Macau and Taipei. More than 100 members of the press from mainland China, Hong Kong and Macau were present at the integrated resort to cover this major event. The spectacle was broadcast live on Star TV, Channel V and Star International, and was streamed online by Sina, Tencent, Sohu, NetEase, Youku, Tudou, Letv, FengXing, PPS and iQIYI so that fans across the globe were able to tune in and enjoy an evening that was chock-­full of big-name superstars.

[from left to right] Alex To, Aarif Rahman and Zhang Jing Xuan with Gillian Chung

[from left to right] Della, Richie Jen and Ella Chen 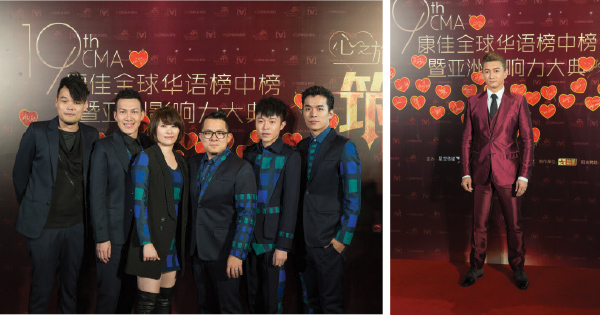 [from left to right] Sodagreen and Nicky Wu 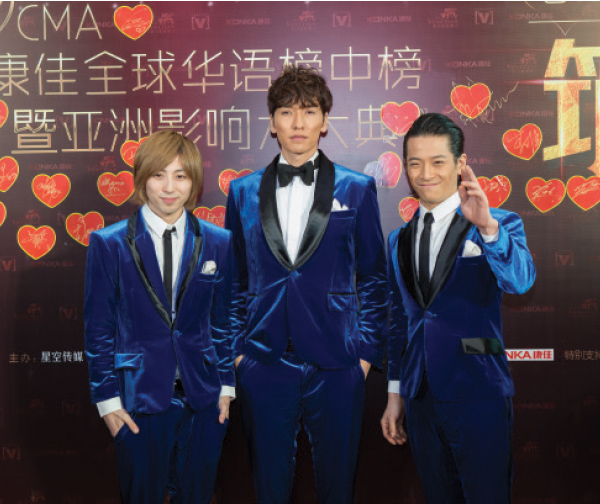 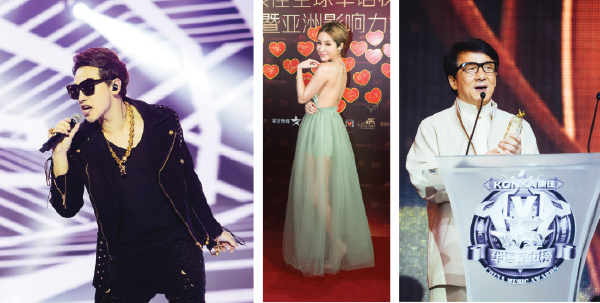 [from left to right] Rain, Elva Hslao and Jacky Chan 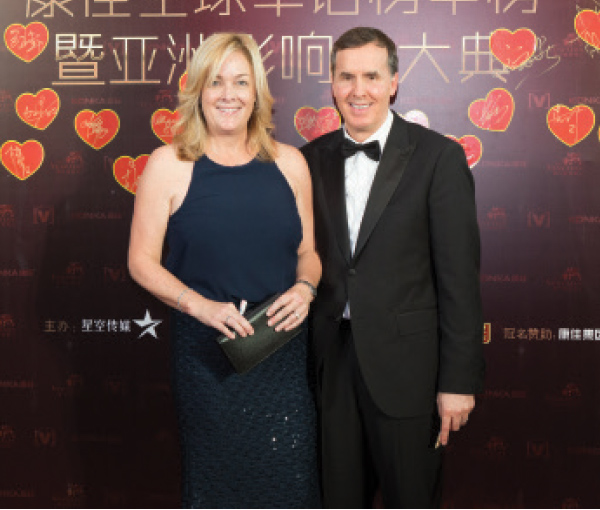 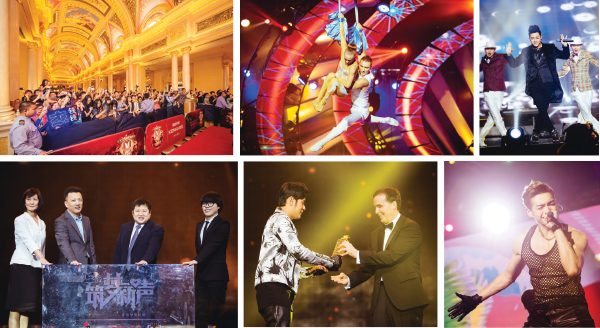