‘The Wall’ cemented Pink Floyd’s fame – but destroyed the band

Featuring 26 tracks, two records and an opera-esque story line, the concept album would go on to become the number two bestselling double album in history. But it would also mark the last time Pink Floyd’s core members – Roger Waters, David Gilmour, Nick Mason and Richard Wright – would record an album together.

Years of touring and financial stress had taken their toll. The egomania of one member, Waters, during the recording of “The Wall” would be the tipping point.

The unchecked egos of band members can often be difficult to rein in, and often lead to acrimony – to the point where the band breakup has almost become a cliche.

Tensions between the four members of The Beatles – John Lennon and Paul McCartney, in particular – famously led to the band’s breakup in 1970. Conflict between guitarist Johnny Marr and vocalist Morrissey triggered Marr’s decision to leave The Smiths. And let’s not forget The Eagles, which broke up on such bad terms that drummer and vocalist Don Henley said the band would reunite “when hell freezes over.”

By the time Pink Floyd started recording “The Wall” in January 1979, tensions had been simmering for years.

“The Dark Side of the Moon,” released in 1973, had catapulted Pink Floyd to superstardom. But the band members struggled over how to build off the success of “Dark Side” and make another hit album.

They had already fought among themselves when recording their follow-up albums, 1975’s “Wish You Were Here” and 1977’s “Animals.”

Roger Waters, the band’s bassist and co-lead singer, took charge for “Wish You Were Here.” He decided which tracks would appear and essentially dictated the album’s conceptual themes, which included alienation, a critique of the music industry and a tribute to former bandmate Syd Barrett, who had left the band in 1968 due to mental health struggles.

In the process, Waters ended up cutting the songs “Raving and Drooling” and “Gotta be Crazy” against guitarist and co-vocalist David Gilmour’s wishes. “Dave was always clear that he wanted to do the other two songs,” Waters recalled. “He never quite copped what I was talking about. But Rick did and Nicky did, and he was outvoted so we went on.”

Reflecting on his first solo album, Gilmour said, it “was important to me in terms of self respect. At first I didn’t think my name was big enough to carry it. Being in a group for so long can be a bit claustrophobic, and I needed to step out from behind Floyd’s shadow.”

The shadow of ‘The Wall’

“The Wall” would be the band’s next project – and, again, Waters asserted control. 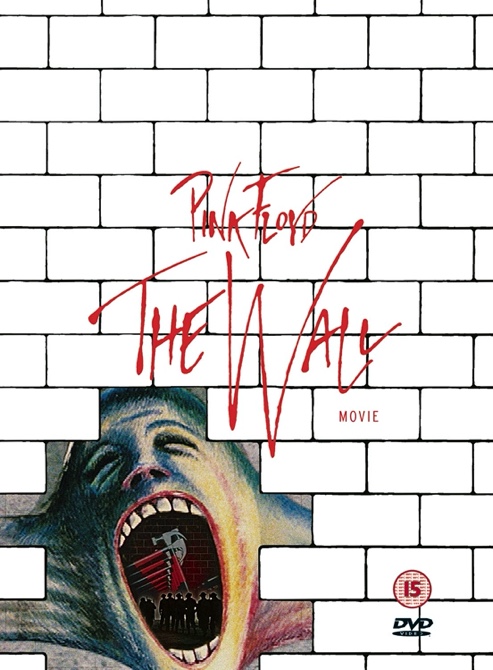 Waters was partly inspired by an infamous incident that took place during the In the Flesh tour, which promoted the album “Animals.” Annoyed by the sound of firecrackers – and feeling as if the crowd wasn’t listening to their music or lyrics – Waters spat on the audience. He later mused about building a wall between him and his fans. The seed for “The Wall” was planted.

In July 1978, he presented a 90-minute demo to the rest of the band, proposing two concepts for the next album: “Bricks in the Wall” and “The Pros and Cons of Hitch Hiking.”

The band members agreed to make an album focused on the first of the two. It would be about the struggles and isolation of rock stardom, and its central character would be named Pink Floyd.

The name of the character belied the fact that this would largely be a one-man show. As musicologist Allan F. Moore observed, “Waters’ growing megalomania, much in evidence on ‘The Wall,’ became harder to handle.”

The fact that the album’s central story was semi-autobiographical, based on Waters and former band member Syd Barrett, probably didn’t help matters. The motif of walls symbolized the defense mechanisms Waters had built up against those who might hurt him – parents, teachers, wives and lovers. Some lyrics deal with the death of his father, others with infidelity.

If David Gilmour had ideas for ways to contribute to Waters’ vision, they were barely incorporated. Waters did include fragments from demos associated with Gilmour’s solo projects. But in the end, Gilmour only received three co-writing credits – for “Run Like Hell,” “Young Lust” and “Comfortably Numb.” Drummer Nick Mason and keyboardist Richard Wright didn’t receive any at all.

“It’s got 5/4 bars in it. Nick, to his great credit, has no pretense about that, it was clear that he could not play it. He said ‘I can’t play that.’ Or maybe somebody said to him, ‘Nick, maybe you should get somebody else to play this because you’re struggling.’”

Today, “The Wall” is considered by many to be one of the best albums in rock history. But it marked the last time the four members of the band would record an album together.

Keyboardist Richard Wright left, only to return later as a salaried sideman during Pink Floyd’s tours in 1980 and 1981. Pink Floyd – minus Wright – went on to record its 1983 album, “The Final Cut.” Waters eventually quit Pink Floyd in 1985 and sued members Gilmour and Mason in an attempt to stop them from using the band name, arguing that Pink Floyd was “a spent force creatively.”

Waters lost, and Gilmour and Mason went on to record three more albums under the name Pink Floyd: 1987’s “A Momentary Lapse of Reason,” 1994’s “The Division Bell” and 2014’s “The Endless River.”

None would match the critical or commercial success of “The Wall.”

The making of “The Wall” reflects a common experience faced by many other rock bands – how creative tension and competing visions can deteriorate relations between band members.

Luckily, Pink Floyd was able to keep it all together to record one final masterpiece.

Note: This article is republished from The Conversation
under a Creative Commons license.