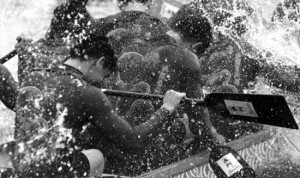 Gonçalo Lobo Pinheiro, a Portuguese photojournalist who has been based in Macau since 2010 is launching his first solo photography book (trilingual, in English, Chinese and Portuguese), comprising 300 of the best photographs he has taken over the past five years while living in the territory. The book launch will occur in tandem with the opening of an exhibition at the Portuguese Consulate this Thursday at 6.30 p.m.

Macau Daily Times – Macao 5.0. Can you explain the concept behind this book?
Gonçalo Lobo Pinheiro – Well, basically, this translates as ‘Macau five years after’, because that is what the book is all about, my journey as a photojournalist in Macau from when I arrived in September 2010 to now. About eighty percent of the book is composed of photographs that I took for several media outlets, together with some unpublished ones. Like I said, these photographs follow a part of my journey in Macau from the very beginning, which includes the glamor of my first impressions until a certain maturation that I can say I have reached now. 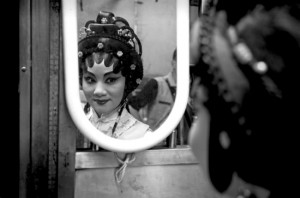 MDT – What were the biggest challenges that you faced in the creation of this book?
GLP – I would say there were two kinds of challenges. The first one is certainly the selection of photographs. It is strenuous work, and when we do it by ourselves, it is even more difficult, I guess. Maybe we should have delegated that task to someone else, because as a photographer you develop a kind of passion for certain photographs that might, in fact, not be the ones that others would be interested in seeing. Being aware of that, I tried to seek help from the people around me so I could have a more objective idea which would be truly based on a common sense criterion. Either way, it is a time-consuming task.
Secondly, I would say the difficulty of garnering support and sponsorship that could allow the book to be published, because any photography book is always an expensive project and mine was no exception. Especially in the early stages of the project, it is quite difficult to gather enough financial support and I have experienced that too, having been required to perform a couple of modifications to the original idea. We were originally meant to print 1979 copies (the same as year of my birth) all in color, but ended up with 1000 copies in black & white. 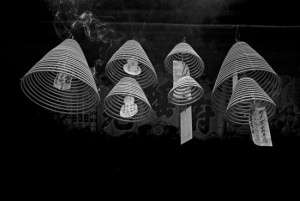 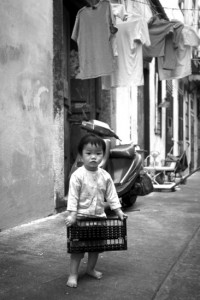 MDT – Macau’s landscape and places tend to experience rapid change. Do you think a book that portrays five years of Macau is able to depict that change too? Can it reflect a small piece of Macau’s recent history?
GLP –  I never really thought about that before, I think that five years might be a little too short to really reflect that, but I can be sure that my own way of portraying Macau shortly after my arrival compared to nowadays is different.  I guess it tends more to reflect my own maturation in photographing Macau more than Macau’s fast development. But, I do remind myself that I have a couple of photos that show the Ka Ho Leprosarium from about two years ago when it was basically in ruins. If we visit the place today, it is true that you will find a different place since the Cultural Affairs Bureau has rebuilt some of the houses there.

MDT – For how long will the exhibition be open, and how is the book going to be made accessible to the public?
GLP – The exhibition will be open for a month and will feature what I call ‘the fifty best photographs’ of the book. These photographs will also be available for sale while the exhibition is on, for quite affordable prices so it is also another good reason to come and visit. The book will be on sale at the Portuguese Bookshop, on my personal website using PayPal as a method of payment, and on Amazon.com from September 10th until December 31st. I’m still finalizing some contacts in order to sell the book in some other locations, namely in Portugal. RM