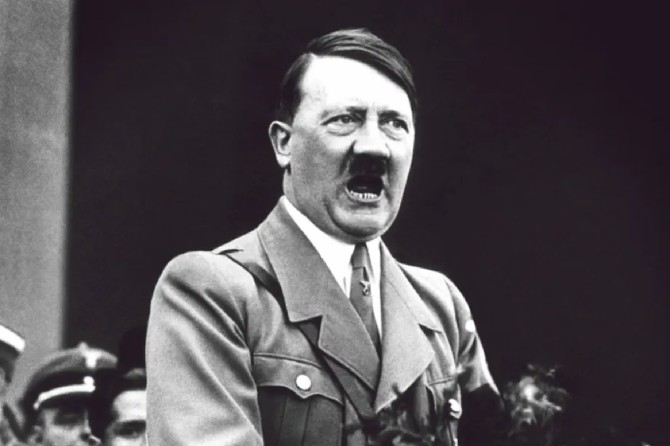 Adolf Hitler has escaped death after a bomb exploded at 1242 local time at his headquarters in Rastenberg, East Prussia.
The German News Agency broke the news from Hitler’s headquarters, known as the “wolf’s lair”, his command post for the Eastern Front.
A senior officer, Colonel Claus Schenk von Stauffenberg, has been blamed for planting the bomb at a meeting at which Hitler and other senior members of the General Staff were present.
Hitler has sustained minor burns and concussion but, according to the news agency, managed to keep his appointment with Italian leader Benito Mussolini.
Hermann Goering, Commander-in-Chief of the Luftwaffe and Hitler’s designated successor, went to see Hitler when he heard about the attack.
The German News Agency said the German people were deeply grateful that no serious harm had come to their leader and that fate had allowed him to “accomplish his great task”.
“The attempt which has failed must be a warning to every German to redouble his war effort,” said the newsreader.
And the deputy head of the press, Helmut Suendermann, stated: “The German people must consider the failure of the attempt on Hitler’s life as a sign that Hitler will complete his tasks under the protection of a divine power.”
This is the third attempt on Hitler’s life and underlines the tension in Germany now faced with a two-front war as the allies take northern France and the Red Army close in on the Reich.
This week has seen the heaviest American bombing of Germany since they entered the war.
The 8th Air Force from Britain and the 15th Air Force from Italy sent about 5,500 heavy bombers and some 4,000 fighter planes to attack oil and aircraft stores in Germany and Austria.
The Soviet Army has made major advances on the front line between Brest-Litovsk and Lvov – a strategic city that is the key to capturing southern Poland.

The following day Adolf Hitler made a radio broadcast to the German nation detailing the failed assassination and thanked fate for allowing him to continue his “work”.
The planned coup, known as the July plot, was led by senior military leaders like Field Marshal Erwin von Witzleben and General Ludwig Beck.
After Claus von Stauffenberg had placed the briefcase under the table next to Hitler, he left the building, heard the bomb explode and assumed Hitler was dead.
He flew to Berlin to join Von Witzleben and Beck and take over using the German Home Army. But through a series of lucky circumstances Hitler was only slightly injured, though three other people were killed.
Von Stauffenberg was arrested the same day and shot. The rest of the conspirators were tried and hanged or offered the chance to commit suicide.
Eight of those executed were hanged with piano wire from meat-hooks and their executions filmed and shown to senior members of the Nazi Party and the armed forces.