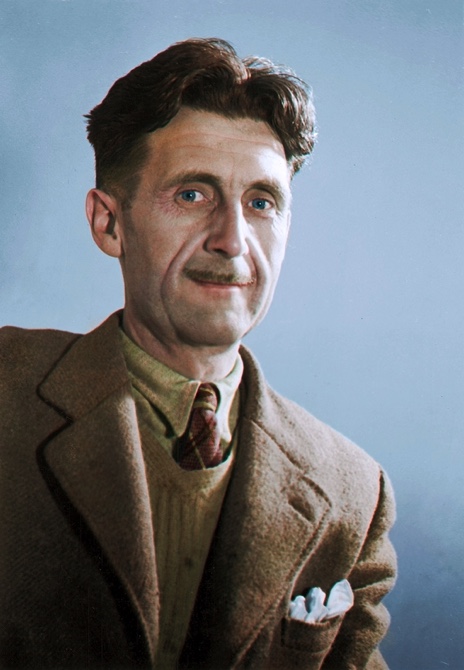 The writer, George Orwell, has died after a three-year battle against tuberculosis.

Until the last, news had been positive and it was hoped Mr Orwell was improving.

On Friday morning he had a long talk with a friend about his plans for the future.

However, a few hours later he suffered a fatal haemorrhage in a London hospital.

But illness had not dimmed George Orwell’s enthusiasm for writing.

His last novel, 1984, published last summer was written in between periods spent in hospital.

The controversial book – like Animal Farm – was widely viewed as an attack on the Communist system.

However, it brought George Orwell widespread critical acclaim including the award of £357 by the influential Partisan Review for the year’s most significant contribution to literature.

George Orwell was born Eric Arthur Blair in June 1903 into a family of relatively prosperous civil servants working in India on behalf of the British Empire.

He is said to have assumed his pseudonym, inspired by the River Orwell, near his parent’s house in Suffolk, to spare his family embarrassment.

Orwell’s early writings often drew on his own experiences of poverty which were in marked contrast to his privileged background.

He spent time living as a tramp in the East End of London and as a dishwasher in Paris – events which inspired his first book in 1933, Down and Out in London and Paris.

It was followed in 1934 by his first novel, Burmese Days.

And in 1938 after returning wounded after fighting for the socialists in the Spanish Civil War he wrote Homage to Catalonia.

But it was only five years ago that the book which made him world-famous, Animal Farm, appeared.

In reaction to the sudden glare of fame, Orwell moved to the island of Jura, off the coast of Scotland.

The move aggravated his tuberculosis which had developed after his return from Spain.

George Orwell’s work has remained popular over the years, especially Animal Farm and 1984.

He began writing 1984 after resigning from the BBC World Service in September 1943 where he had been employed writing and producing news for India.

It was his increasing frustration with the Ministry of Information, which censored the news during World War II, which led to his resignation and subsequently became the central theme of 1984.

Words and phrases from the novel have passed into everyday usage, particulary “Big Brother”.

The book was also made into a film released in 1984.

George Orwell’s name itself has become an adjective -”Orwellian” – meaning an oppressive system.

1984 and Animal Farm frequently appear in lists of the world’s best-ever selling novels.