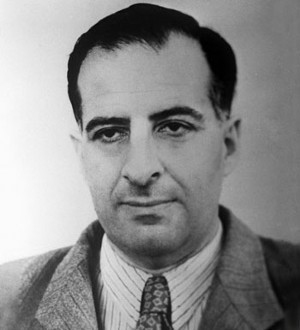 The British intelligence service MI5 has been brought into the hunt for the missing atomic scientist Bruno Pontecorvo who has not been seen for about seven weeks.
Professor Pontecorvo and his family arrived in Finland at the beginning of September but they have since disappeared. There is speculation the family may have gone to the Soviet Union.
The professor had recently left his post as a principal scientific officer at Harwell atomic research station in Oxfordshire and was due to begin a new job at Liverpool University in January.
His disappearance comes just 10 months after another Harwell scientist, Klaus Fuchs, confessed in January to spying for the Soviet Union.
The Minister of Supply, George Strauss, has told MPs the professor had had only limited access to “secret subjects” for some time.
But he admitted it would have been possible for the professor to gather information, at Harwell or while he was in Canada, which could be of value to the enemy.
He said Professor Pontecorvo had been screened several times in the last few years by security officers.
Professor Pontecorvo was born in Italy, moved to France in 1936 and from there to the United States in 1940.
In 1943 he became a member of the joint Anglo-Canadian atomic energy team at Montreal.
He was posted to Harwell in January 1947.
Information on Professor Pontecorvo’s disappearance has been passed to the United States.
The professor’s sister, Anna Pontecorvo, who lives in Hampstead in north London, travelled with her brother, his wife and three sons to France and Italy in July.
She said her brother had not mentioned any plans to go to Russia during the time she spent with them.
However, a passenger in the airliner which took the family from Stockholm to Helsinki said that during the flight the Pontecorvos’ five-year-old son Antonio had told him they were going to Russia.
There are direct flights from Helsinki to Leningrad and Moscow.

Bruno Pontecorvo’s post as Professor of Experimental Physics at the University of Liverpool was cancelled.
Confirmation he had fled to Moscow came in March 1955 when he appeared at a news conference in Russia.
He wrote an article in the Soviet newspapers Pravda and Isvestia saying his family had been granted refuge in the Soviet Union, where he was working with the Institute of Physical Problems of the Soviet Academy of Science.
He said he was involved in research into the use of atomic energy for peaceful purposes and had left the West because in his view it was intent on “new war using atomic and nuclear weapons as a means for achieving world domination”.
Documents released by the Public Records Office under the 50-year rule revealed an administrative blunder had led to Professor Pontecorvo being given security clearance to work at Harwell – even though a search of his home in 1943 had uncovered many documents on communism.
He was awarded the Lenin prize for nuclear research in 1963. He died in 1993.