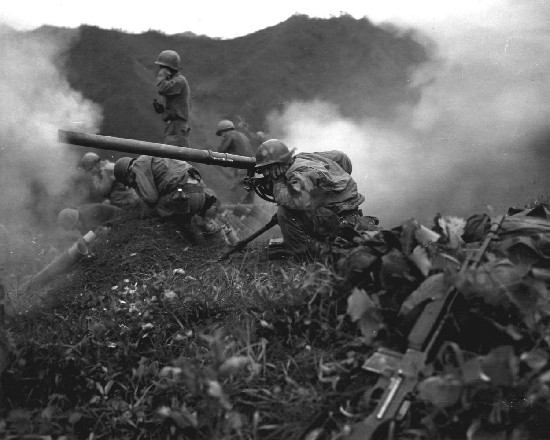 North Korea has invaded South Korea at several points along the two countries’ joint border.
The United Nations Security Council (UNSC) has denounced North Korea’s actions as a breach of the peace and has called for an immediate ceasefire.
The United States President Harry S Truman has gone a step further and urged western nations to go out to Korea and help repel the communist invasion.
“By their actions in Korea, communist leaders have demonstrated their contempt for the basic moral principles on which the United Nations is founded,” he said.
The invasion took the international community by surprise, even though the American Economic Co-operation Administration has its biggest mission – about 2,000 staff – in South Korea.
The seven-power commission of the United Nations in Korea (Uncok) confirmed North Korean troops crossed the border – known as the 38th parallel – in 11 places after artillery bombardments were reported in South Korea at 0400 local time.
Uncok has identified northern forces in the Ongjin peninsula and the north-western town of Kaesong and northerly town of Chunchon and landings on the east coast around Skagnung, almost 40 miles from the border.
Their statement also contained details of machine-gun attacks by four ‘Yak’ aircraft on military and civilian airfields outside the South Korean capital Seoul, destroying aircraft and jeeps and setting fire to petrol tanks.
President Syngman Rhee of South Korea – who denied early rumours of war – told Uncok at least 36 North Korean tanks and armoured cars had been counted on their way to Seoul by the shortest routes.
The North Korean wireless station, in the capital Pyongyang, justified the invasion saying communist forces were counter-attacking against border incursions by the South Koreans in the early hours of the morning and reported a state of war shortly after noon local time.
After an emergency meeting with his cabinet South Korea’s foreign minister Ben Limb urged the people of the republic to resist the “dastardly attack”.
The UN Security Council met at Lake Success, Detroit after the Korean Ambassador John Myung Changan sent an urgent petition to the State Department in Washington.
Korea has been divided since the Japanese withdrawal at the end of World War II left the USSR occupying the area north of the 38th parallel and the US to the south.

For the first time the UN asked broadcasters – including the BBC and Voice of America – to transmit the UN ceasefire resolution to North Korea.
The republican government fled Seoul and the following day America offered military aid – including air and sea support – to South Korea.
On 28 June North Korean troops entered the capital and took control. The UN invoked military sanctions shortly afterwards.
President Truman and his government interpreted the invasion as Russian-backed communist aggression.
The USSR and North Korean authorities claimed they were responding to attacks from the republican south.
The war cost about two million lives.
Fighting did not stop until 1953 with the signing of the armistice on 27 July.
But a peace deal has never been reached. American troops remain stationed in the de-militarized zone on and around the 38th parallel separating North and South Korea.