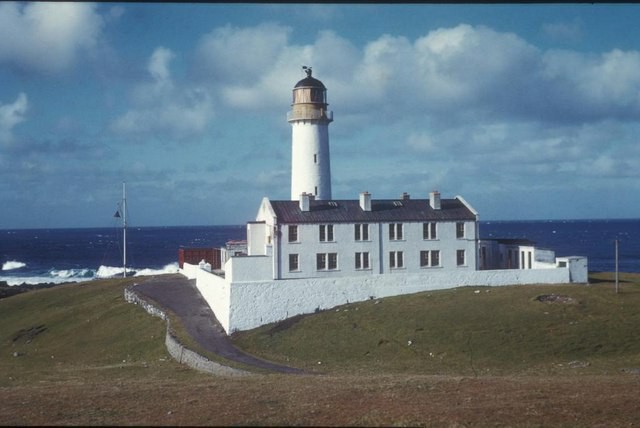 The National Trust for Scotland has taken control of Fair Isle, famous for its bird life and knitted sweaters.
The remote island situated between Shetland and Orkney was bought by George Waterston, an Edinburgh ornithologist, in 1948. He set up a bird observatory which has since built up a worldwide reputation.
The National Trust says it plans to expand research into migratory bird life.
It also plans to ensure greater security and stability for the dwindling population which currently numbers just 45 men, women and children.
The charity was able to buy the island thanks to a £5,500 grant from the Dulverton Trust.
Fund to protect birds
The Pilgrim Trust has given £7,000 to the Bird Observatory Trust to expand their activities and begin a Fair Isle endowment fund.
It is hoped that those interested in birdlife will make donations to the fund to help protect wild birds and research their behaviour.
Mr Waterston told reporters today in Edinburgh that the plan for a bird observatory was concocted in a German prisoner of war camp with fellow inmate and ornithologist Ian Pitman.
Along with fish, Fair Isle’s main export is its world famous woollen garments decorated with traditional designs handed down from generation to generation.
The Fair Isle sweater became highly fashionable in the 1920s when the Prince of Wales was often seen wearing one when playing golf.

The National Trust was founded in 1895 by Octavia Hill and its Scottish arm set up in 1926 to “protect and promote Scotland’s natural and cultural heritage for present and future generations to enjoy”.
In 1956 the National Trust organised a conference on Fair Isle to discuss ways of saving the island’s economy by improving communications to the remote island.
By 2003 the population had risen to about 70 islanders.
Fair Isle still houses an observatory for research into the origins, routes, wintering areas and feeding habits of spring and autumn migratory birds.