This Day in History | 1957 Lords to admit first women peers 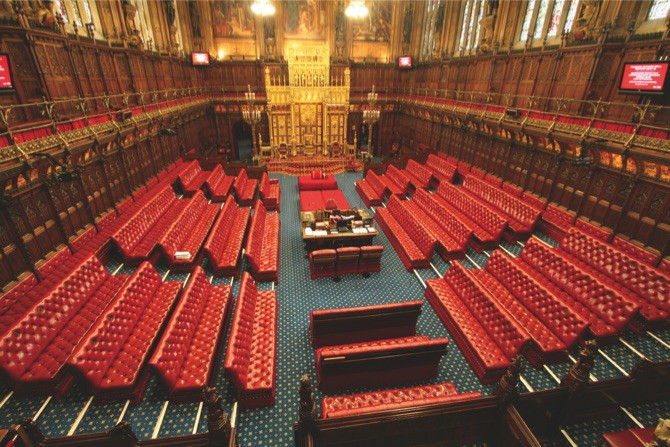 The Government has unveiled plans to reform the House of Lords which include admitting women for the first time.
Under the scheme, male and female life peerages will be created to ensure a balanced representation of the different political parties. Expenses are also to be paid to peers.
The idea behind the creation of life peers is to enable distinguished and experienced people, who may not feel able to accept hereditary titles, to enter the House. Appointments will be made at the discretion of the prime minister.
The Conservative Leader of the House, Lord Home, announced the proposals to the Lords this afternoon.
There were cheers when he said admitting women would simply be recognising the place they had commanded for themselves as a right in modern society.
He raised a laugh when he added: “Taking women into parliamentary embrace is, after all, only an extension of the normal privileges of a peer.”
Labour’s Lord Alexander of Hillsborough rose to complain that his party had not been given any warning of the content of today’s debate and he therefore felt unwilling to participate.
However, he thought it likely his party would support the admission of women to the House.
The Government has ruled out – for the time being – any discussion on the alteration in the powers of the House and any discussion of abolition or reduction of the right of hereditary peers to legislate.
Lord Samuel for the Liberals welcomed any reform.
He said: “House of Lords reform has been rather like a slow motion film of a prima ballerina, not marked by agility or grace, but by languid exhibition and elephantine deliberations.”
He said the House of Lords was the only organisation which excluded women – directly contrary to the Sex Disqualification (Removal) Act passed by the House nearly 40 years ago but which the House had ever since refused to obey.
Talks have been continuing on and off for years about possible reform of the House of Lords.
The last attempt was in 1953 when Conservative Lord Simon introduced a Life Peers Bill.
The Conservative Government invited the leaders of the Liberal and Labour parties to attend talks but Clement Attlee refused to take part on Labour’s behalf and the discussions did not take place.

The Life Peerages Act was passed in 1958. It empowered the Crown to create life peers, both men and for the first time, women, who would be entitled to sit and vote in the House of Lords and whose peerages would expire on their death.
The Peerage Act of 1963 allowed hereditary peeresses to sit in the House of Lords for the first time.
It also allowed peers to give up titles if they wished to be elected to sit in the Commons. This followed the Stansgate case in which Anthony Wedgwood Benn fought to have the right to drop his title in order to remain an MP.
In 1969 further plans to reform the House of Lords had to be abandoned after delaying tactics by MPs.
Following Labour’s election victory in 1997, plans for Lords’ reform were once again put forward. As a first stage, the number of hereditary peers was reduced to 92 or roughly 10% of the total.
Plans for the second stage of reform hit the buffers in 2003. After MPs failed to agree a plan on a way forward, the Government agreed to delay pending further consultation.