This day in history | 1959 Hovercraft marks new era in transport 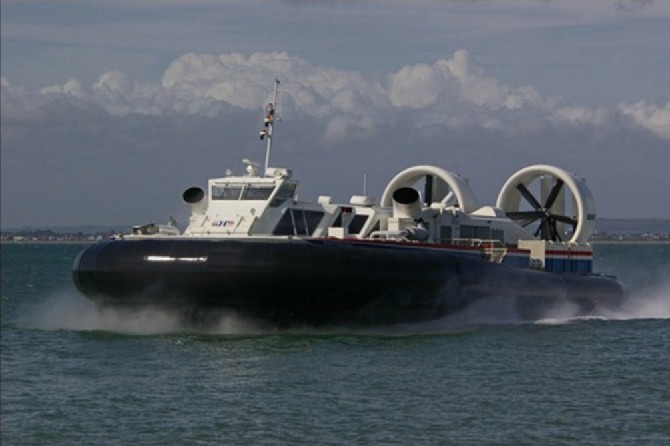 A revolutionary new form of transport which can operate on sea and land has been officially launched in the Solent, off England’s south coast.
The Hovercraft, which has been described as a cross between an aircraft, a boat and a land vehicle, was invented by boat-builder Christopher Cockerell.
Dubbed a “man-made flying saucer”, the hovercraft is propelled on a cushion of air created by its own fan power.
It therefore hovers just above the waves at sea and avoids any irregular surfaces on land.
Christopher Cockerell, from Lowestoft, began working on a hovercraft model in the mid-1950s. He said he first came up with the idea when he was thinking how to make a boat go faster by reducing the amount of friction caused when it travels through the water.
He first tested the ‘hover’ theory using a cat food tin inside a coffee tin, with an industrial air blower and a pair of kitchen scales.
In 1955 he convinced the Ministry of Supply to back him but he was not able to commercially develop the product immediately as his idea had been placed on the government’s secret list because of its potential benefits to the military.
In 1959 Cockerell managed to get his idea removed from the secret list and formed the Hovercraft Development Company Ltd.
He obtained funding from the National Research Development Council of £150,000 to develop the project.
A contract to build the first Hovercraft was awarded to Saunders Roe, the flying boat firm at Cowes, at the beginning of this year.
The SRN-1, an experimental model, is 29 feet long and 24 feet wide and weighs 6,600lb.
Following today’s launch of the SRN-1 hovercraft in the Solent, Saunders Roe announced it is now planning a prototype up to ten times as big and weighing 40 tons.
The hovercraft, which has controls very similar to those in a helicopter, can reach speeds of up to 25-knots and it is hoped that at some stage in the future it will be able to cross the English Channel in as little as 20 minutes.

Sir Christopher Cockerell died on 1 June 1999.
Within weeks of its launch the Hovercraft crossed the English Channel from Calais to Dover. On 26 July it left Calais at 4.49am and arrived in Dover at 6.45am.
Since then more than 80 million people and 12 million cars have crossed the channel by hovercraft. The cross-channel service was stopped in October 2000 due to increased competition from ferries and the channel tunnel
The use of an air cushion to speed ships was considered as early as the 18th century.
Sir John Thornycroft got as far as patenting an early design in the mid 1870s but engines that produced enough power to make hovercrafts practical were not available until this century.
Hovercrafts are still widely used in areas where land surface is uneven or sea levels low.