This day in history | 1961 Kennedy pledges man on Moon 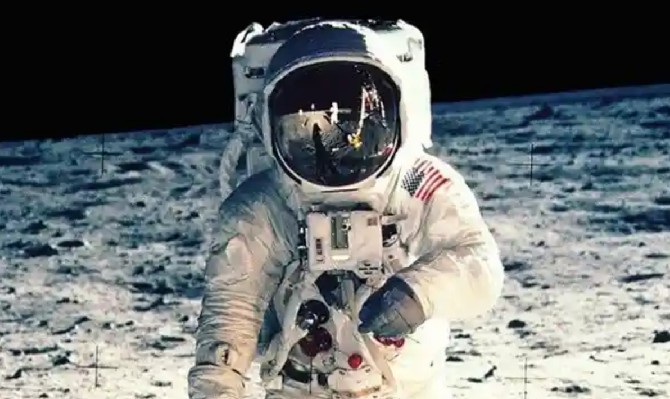 President John F Kennedy has called for millions of dollars to fund a space programme to get the first man on the Moon by 1970.
In a speech to a joint session of Congress broadcast on TV and radio around the United States, he asked for an extra $1,700m (£600m) on the federal budget.
The largest proportion of this would be spent on researching and developing ways of getting an American on the Moon by the end of the decade.
“I believe that this nation should commit itself to achieving the goal, before this decade is out, of landing a man on the Moon and returning him safely to Earth,” he said.
He said $9,000m (£3,214m) would be needed over the next five years to fund space rockets and other projects need to get a man on the Moon. But the president added “this very urgent request” would not need to be funded by extra taxes provided the economy continued to grow and companies exercised wage and price restraint.
This was his last address to the country before his meeting with Soviet leader Nikita Khrushchev. He is still basking in the glory of Russia’s latest achievements in space exploration – last month Yuri Gagarin became the first man in space.
Three weeks ago, when Alan Shepard became America’s first astronaut, President Kennedy said the country had to “work with the utmost speed and vigour” to develop its space programme.
Today, he demonstrated his total commitment to the project.
“If we were to go only half way or reduce our sights in the face of difficulty,” he said, “it would be better not to go at all.”
The administrator of Nasa, James Webb, was encouraged by the president’s speech and said the US and the USSR were on a level playing field in their ambitions to land a man on the Moon because as yet no Russian rockets were capable of such a mission.
Other Nasa officials told the Times newspaper that most of the funding would be used to research ways of reaching the Moon, surviving on it and returning safely to Earth.

On 21 July 1969, right on schedule, Neil Armstrong became the first man to set foot on the Moon, stepping onto the Moon’s surface in the Sea of Tranquillity at 0256 GMT.
He was joined by Buzz Aldrin 20 minutes later. The entire event was watched avidly by millions live on television across the world.
The Apollo 11 crew returned safely on 24 July and spent the next 21 days in quarantine at an American military base – a procedure dropped in subsequent missions since no alien organisms were found.
The Moon landing marked the pinnacle of the space race and American investment in the space programme declined from then on.
The last three of the original 20 Apollo missions were cancelled, and the last lunar module, Apollo 17, landed in December 1972.
In January 2004 however, interest in missions to the Moon was rekindled when US President George Bush announced American astronauts would return to the Moon by 2020 as the launching point for journeys further into space.