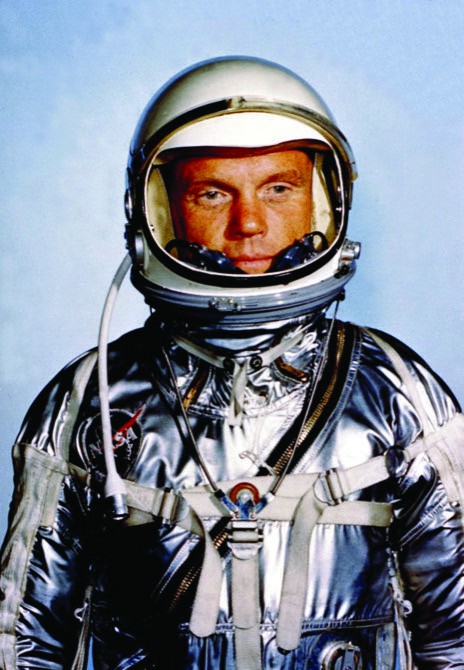 The first American to orbit the Earth has landed safely in the Atlantic Ocean.
Marine Lieutenant John Glenn, 40, travelled about 81,000 miles (more than 130,000km) as he circled the globe three times at more than 17,000 mph (27,000kph).
Lieutenant Glenn controlled nearly two of the orbits himself after reporting “minor difficulties” with the automatic altitude control system as he completed the third circuit – the maximum anticipated.
Messages from the astronaut were transmitted by radio stations across the United States and United Kingdom and his progress was monitored by 18 ground stations around the world.
As he re-entered the atmosphere after his four-hour and 56-minute journey Lieutenant Glenn said: “Boy, that was a real fireball.”
His spacecraft, Friendship Seven, landed at 2040 GMT 240 miles north-west of Puerto Rico, where it was picked up by the US destroyer Noa.
Altogether, 24 American ships were ready to pick up the astronaut and his craft from various locations across the globe.
The capsule was launched from the flaming Atlas rocket at 1447 GMT from Cape Canaveral, Florida.
President Kennedy followed the mission on television and telephoned the astronaut afterwards.
“We are really proud of you. You did a wonderful job,” he said.
The Queen and British Prime Minister, Harold Macmillan, also cabled their congratulations.
Technical problems had delayed the mission 10 times – a total of 61 days.
The US has spent over £142m on the man-in-space programme so far and Nasa has planned another three manned orbital flights this year.
The US Earth orbit took place 10 months and 10 days after Soviet cosmonaut Yuri Gagarin became the first man in space, making one circulation of the globe.

John Glenn became an overnight celebrity. He was promoted to the rank of colonel in 1964.
He went into politics and was a democrat senator for Ohio – his home state – for 24 years.
He campaigned on space and defence issues in particular.
It was his interest in space medicine that led him to persuade Nasa to send him into space at the age of 77 in November 1998.
He completed the nine-day mission on the space shuttle with another six astronauts to become the oldest man in space.
Over 250,000 people – including President Clinton – gathered at the Kennedy Space Centre in Florida to watch the launch.