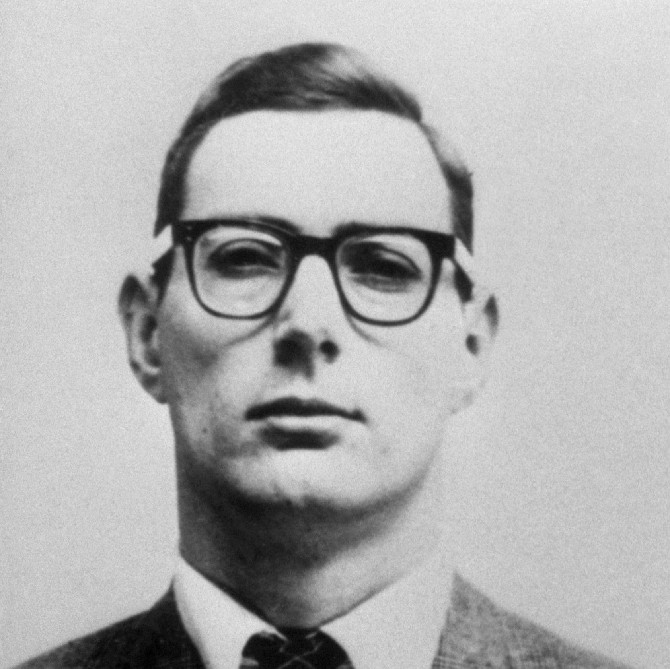 Some of the longest sentences in British criminal history have been imposed on men involved in the so-called “Great Train Robbery”.
Sentences totalling 307 years were passed on 12 men who stole £2.6m in used bank notes after holding up the night mail train travelling from Glasgow to London last August.
The judge at Buckinghamshire Assizes in Aylesbury, Mr Justice Edmund Davies, said it would be “positively evil” if he showed leniency.
The robbery was the biggest-ever carried out in Britain.
The scale and style of the theft led to comparisons with rail robberies of the Wild West and the hunt for the perpetrators captured the public imagination.
But the judge said the robbers’ crime had in no way been “romantic” and was obviously motivated by greed.
The attack on train driver Jack Mills was proof of their violent tendencies, he added.
“Anybody who has seen that nerve-shattered engine driver can have no doubt of the terrifying effect on law-abiding citizens of a concerted assault by armed robbers,” the judge said.
Seven of the defendants – Ronald Biggs, Charles Wilson, Douglas Goody, Thomas Wisbey, Robert Welch, James Hussey and Roy James – were jailed for 30 years each.
Four were sent to prison for terms of between 20 and 25 years.
Another defendant, solicitor John Wheater, 41, was sent to prison for three years.
Wheater obtained the robbers hide-out – Leatherslade Farm in Bedfordshire.
Judge Davies said Wheater had no knowledge of the robbery until after it had been committed but should then have informed the police.
“I realise the consequences of your conviction are disastrous, professionally and personally,” the judge told Wheater.
Three men involved in the robbery are still at large including the man said to be the ringleader, Bruce Reynolds

All the three remaining gang members were eventually caught.
In 1969 the robbery’s mastermind, Bruce Reynolds, was sentenced to 10 years in jail.
In the meantime two gang members had made dramatic escapes from prison.
One of them, Charlie Wilson, was recaptured in Canada in 1968.
The other, Ronnie Biggs, was free for nearly 40 years before he returned voluntarily to Britain from Brazil.
An impoverished Biggs, 71, came back to the UK in 2001 to receive free medical treatment after having suffered a series of strokes.
He was immediately taken to a top-security prison to serve the remaining 28 years of his sentence.